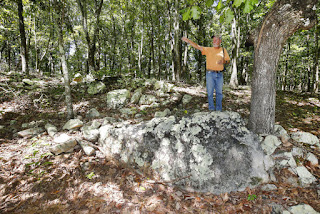 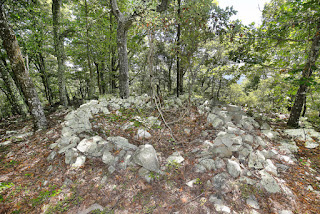 "Harry Holstein stood inside a room-sized circle of stones on top of a mountain in McClellan and looked out over the Choccolocco Valley below, a green rolling sea under a bright blue sky… The stones are part of a complex of stacked stone structures — prayer seats, mounds, walls and snake effigies — that spread across 45 similar sites from the mountains of McClellan to Piedmont. More than two miles of stone walls crisscross the hills in McClellan… The chair-like structure, one of many throughout McClellan, faced out over the valley below, where Holstein said young Native Americans would likely have sat to watch the sunrise and sunset as part of their "vision quests," sacred ceremonies meant to guide them on their life’s journeys.
He thinks the stone structures were built during the Mississippian period, which lasted from approximately 800 A.D. to 1600 A.D. Those natives would have been ancestors to the Muscokee Creek tribe. Similar structures have been found across the Eastern U.S., up into New England’s Appalachian mountains, but their meaning remains somewhat of a mystery... 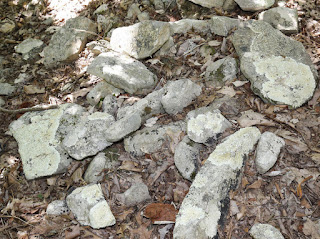 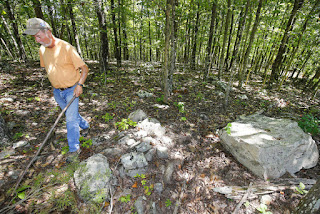 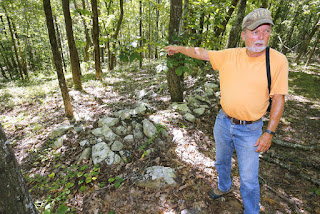 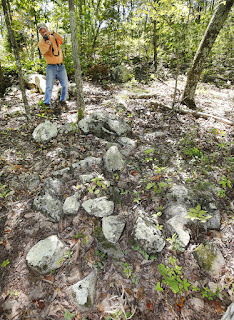 Asked how long he’ll continue to walk out into the woods to see the stones, Holstein said "until it doesn’t become fun anymore, because right now it’s too much fun."
Then he turned and walked over a hill.
"It’s not too much further," he said. "You’re going to be amazed when you see this."
At his feet, a curving line of small rocks about 12 feet or so long ended at a large triangular rock, like the head of a venomous snake. It’s as plain as day if one knows what to look for, Holstein said.
The meaning behind the small snake effigy, and a much larger one atop a nearby mountain, remains a mystery to Holstein.
That’s what keeps him coming out into the woods, to discover and to understand, while the stones are still there to provide answers."


Full Article:
THE WALLS OF CHOCCOLOCCOT 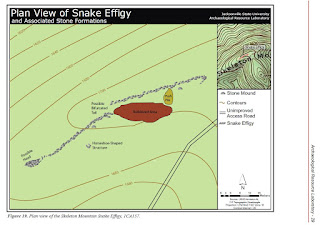