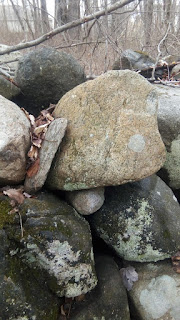 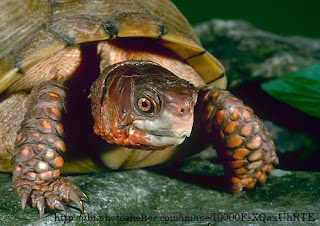 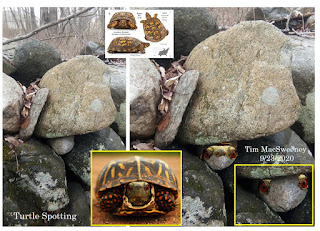 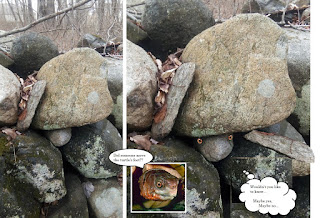 Posted by Tim MacSweeney at 4:26 PM No comments:

Trump vs the National Historic Preservation Act (4 years or so ago):

"You might wonder what a lowly archaeologist might have to do with the likes of one of the current Republican Party frontrunners.  Several years ago, one of my coworkers had the dubious honor of performing an archaeological survey on some of Trump’s land.

In many places, in accordance with various laws and statutes an archaeological and environmental survey has to be performed before land can be developed - this is to protect historical and cultural resources, endangered species, and water and air quality.  To a lot of people (Trump included) it seems like a big waste of time, but this is how many thousands of people earn a living (myself included).

“Several years ago, one of my coworkers had the dubious honor of performing an archaeological survey on some of Trump’s land...One day, while my coworker was leaving the field, a limo pulled up and a window rolled down.  A hand from inside the vehicle waved him over.  There was the Donald himself, wanting to know the progress of the excavation.
“Find anything?” he asked.
“Oh!  Yes-” Trump’s question is one you only want to ask an archaeologist if you have time to kill. We love to talk about the stuff we find, and my coworker made the mistake of thinking Trump actually cared because a few minutes later (Trump stated):
“Unfind it.”

No matter how many grumpy landowners and construction managers we deal with, a statement like this always comes as something of a shock, and in my coworker’s telling of the story, it took a moment to process.
“What?”
“I said, Unfind it.”
That was about the moment where he realized what exactly it was that Trump wanted him to do.  Not gonna lie, going through an attempted strong-arming from the man himself would be a little surreal, and my friend handled it better than I would have: “Oh!  Sir, we will ensure you are in compliance with all relevant laws and statutes.”
“That’s not what I said-”
“We’re here to ensure you are in compliance with all relevant laws and statutes, and that’s what we’ll do.”
At this point, Trump must have told his driver to drive off in a huff, because the window rolled up and the limo pulled away...”
Condensed from:
http://the-rainbow-marshalltown.tumblr.com/post/141875346905/trump-vs-nhpa
Posted by Tim MacSweeney at 9:44 AM No comments:

It took me a while to figure out just what someone meant when she said, “(It’s) A Turtle. Not a snake or a rockalope. ”

See: I often enhance photos of Indigenous Stone Effigies with an ”overlay” of eyes and horns or antlers to “bring the image alive,” as Doc. Rock Lobster puts it or “to hit you over the head with the fact that you are looking at a Ceremonial Stone Landscape feature such as Turtle or Snake Effigy,”  as I once put it to Doug Harris. I was worried that I might be disrespectful doing so, when my intent was to illustrate a form of Rock Art in hopes that these features can be recognized, studied and protected, as is done in Civilized countries around the world. I was relieved when Doug told me he didn’t view the practice as disrespectful, so I continue to “hit people over the head” with these images of Turtles and Great Horned Snakes (or Serpents), the latter often with antelope or more often deer horns superimposed on photos – like a two dimensional taxidermist creating a “Jackalope,” but only sort of… 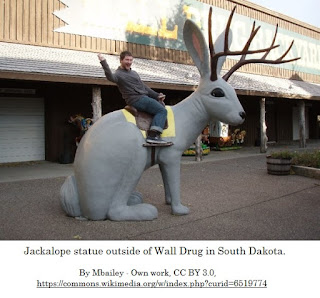 Wikipedia tells us: “The jackalope is a mythical animal of North American folklore (a fearsome critter) described as a jackrabbit with antelope horns. The word jackalope is a portmanteau of jackrabbit and antelope. Many jackalope taxidermy mounts, including the original, are made with deer antlers…Folklorists see the jackalope as one of a group of fabled creatures common to American culture since Colonial days. These appear in tall tales about hodags, giant turtles, Bigfoot, and many other mysterious beasts and in novels like Moby-Dick. The tales lend themselves to comic hoaxing by entrepreneurs who seek attention for their products, their persons, or their towns.

The same source tells us that “The Horned Serpent appears in the mythologies of many Native Americans.[1] Details vary among tribes, with many of the stories associating the mystical figure with water, rain, lightning and thunder. ..Horned serpents appear in the oral history of numerous Native American cultures, especially in the Southeastern Woodlands and Great Lakes.

I’m showing you a mythical being, but I’m not trying to fool you about these seeming Rockalopes. 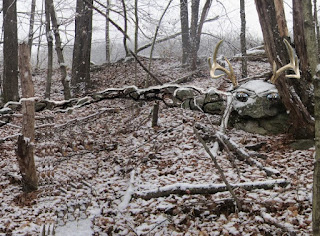 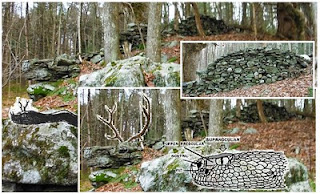 I’m showing you a unique artistic creation that is commonly dismissed as “a linear line of refuse,” supposed field clearing piles and “accidental” stone walls like zig zag stone walls as well as  all the fancier stacked “sheep walls” attributed to Post Contact Settler Colonists.  There’s an older Indigenous Cultural Landscape others may be erasing from the present day landscape by a reluctance to recognize, study and preserve something ancient and irreplaceable, a National Treasure.
https://www.flickr.com/photos/34580529@N04/albums/72157677886194187

Posted by Tim MacSweeney at 12:51 PM No comments: 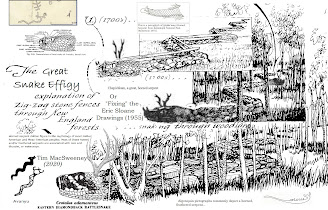 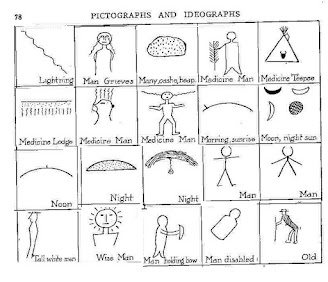 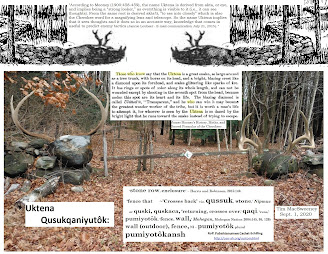 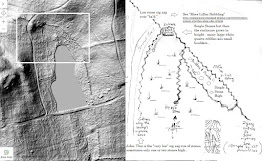 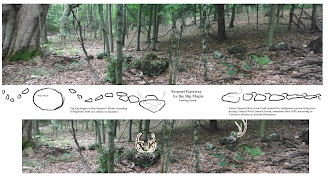 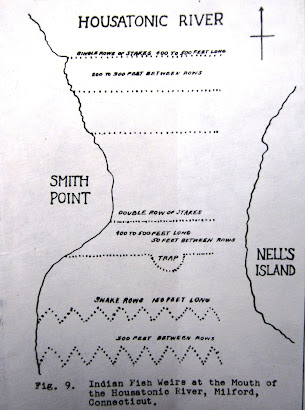 Posted by Tim MacSweeney at 3:28 PM No comments: