“Some of the more remarkable rows (of stones),” Curtiss Hoffman writes in Stone Prayers, “have what appear to be serpent heads at their ends. These and the more sinuous walls have been reclassified within the effigies category."
What do these Stone Snake Heads look like within the Nonnewaug CT Cluster #3?
This is a remarkable one, with some possible human enhancement, reminiscent of a rattlesnake head shape and some pecking and polishing to create the appearance of a white eye: 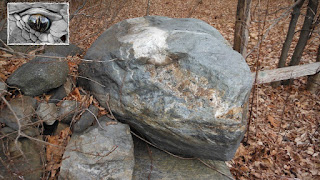 Intentionally selected and then placed to create a wall-like snake petroform.
The (sinister/left) row of stones begins with a snake head - as does the row of stones on the other (dexter or right hand) side (for all you Latin scholars): 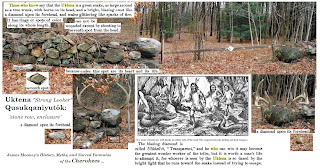 It takes a little bit of imagination to see this... 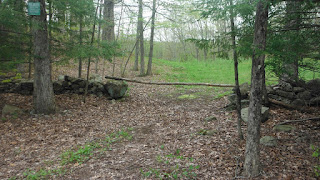 ...and observe this, so often I overlay some "visual aides" for emphasis: 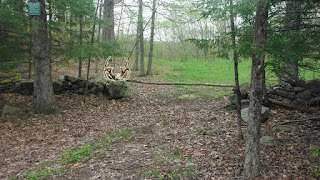 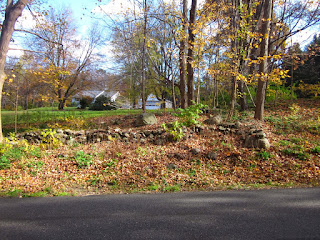 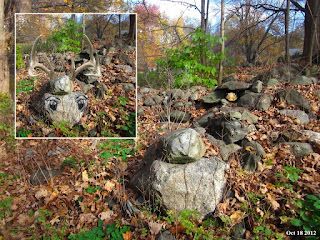 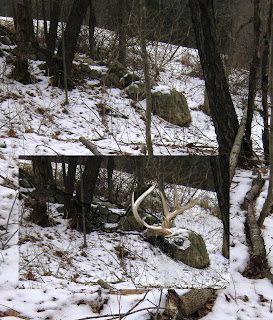 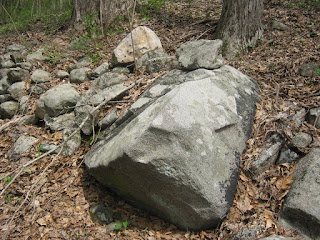 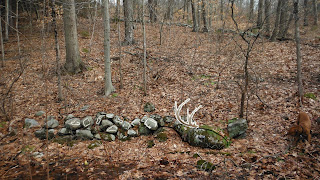 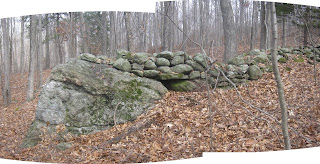 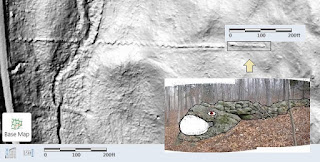 Even more remarkable is the ability to "Shape Shift," as recounted in Indian Legends about a person who could turn into a Great Serpent (and vice versa):

Just before the Lecture and Book signing event in my last post,{https://wakinguponturtleisland.blogspot.com/2019/05/stone-prayers-washington-ct.html}
I said to Curtiss, “I guess I’m not a very good scientist because I have absolutely no idea how many sites I reported to you.” He just chuckled a little and said something like “There’s a few.”


Truth is, after reading the book, I still don’t have a clue. Some have to be from photos or perhaps the people who put up with me at a social media page that I try to maintain, originally begun by another “informant” from PA. Some I know I’ve been to and a better scientist would have a log of GPS locations recorded on the spot on the date, but I just don’t...

The only place I get an actual count is in the CT Cluster I live in, named as I would have, but without the misspelling “Nonewaug” you find on the USGS maps. 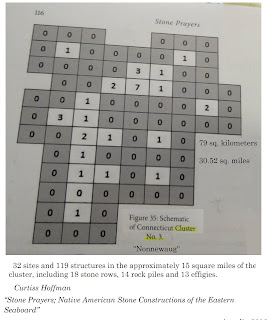 
Truth is, I don’t have a clue which square is which site or which feature is where.
One of them actually contains the house I actually live in -  but I’m still not 100% positive about just what square that is.


Luckily I recently had to go to the DMV where I do a considerable amount of reading about Native American Stone Constructions as I wait for my lucky number to come up.  I had some paper and a pencil since I’d already made some unfortunate marks on the actual pages, some of which I regret, such as trying to spell “Nonnewaug” and messing up the “aug” at the end (which I blame on a medical condition sometimes referred to as Chronic Lyme Disease). 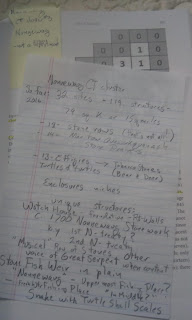 I started jotting down some notes on the cluster, hoping to refine and add information to this spot I only think I know so well, continually surprised at the things I've missed over the last (almost) 30 years, grateful to Curtiss for lending me a degree of credibility by publishing this first book on the subject written by an Anthropologist:
“Sites were defined as any locations at which stone structures that might be attributed to Native Americans,” Curtiss writes. Apparently, as of 2016 when the inventory of sites was closed as far as those covered in the book, I had reported 32 sites and 119 structures in the approximately 15 square miles of the Nonnewaug Cluster, including 18 stone rows, 14 rock piles and 13 effigies. 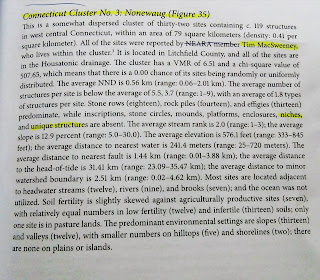 I guess that this post will serve as the first of some posts that could be considered a sort of guide to the excellent question of "What are the defining characteristics of Indigenous Stonework" - perhaps best summed up by a question from a biologist from one of the oldest, possibly the first, Preserves of Open Space or Land Trust or whatever you'd like to call it: "What does it (the feature) look like?"
I'll start with the image that first got me going, a woodcut illustration from a local history: 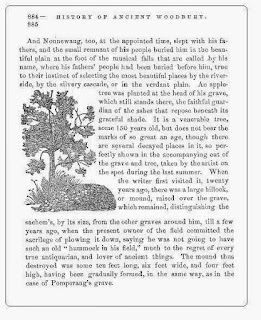 Posted by Tim MacSweeney at 10:55 AM No comments: