I had posted about a Rhomboidal sort of stone or two here: http://rockpiles.blogspot.com/2013/10/rhombus.html.
Then I just happened upon another from a series of photos taken around March 2010 from one of my Grandmother's favorite places to drive along a dirt road with one of the best names for a road around here, White Deer Rocks Road. There's a local legend about a herd of Sacred White Deer, never hunted by the Indigenous People, that lived in the area that lends the name to the road - which I've heard from many people but have never seen written down anywhere (that I can remember right now, although Cothren mentions the white deer that hid by the rocks and sneaked over to the lake nearby to drink water). 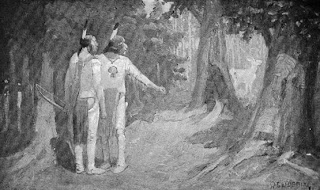 A similar legend does pop up here and there across Turtle Island, always saying never shoot a white deer, and is even captured in an illustration or two like the one above from Wigwam Evenings; Sioux Folk Tales Retold by Charles Alexander Eastman and Elaine Goodale Eastman {http://www.gutenberg.org/files/28099/28099-h/28099-h.htm}
Sometimes you will see a Ceremony Exception to the hunting ban, such as this Hoopa White Deerskin Dance pictured below: 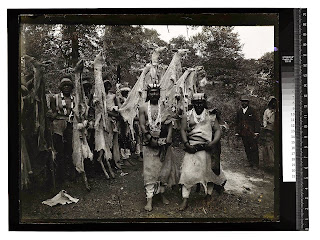 http://cdn.calisphere.org/affiliates/images/humboldt/erickson/hi-res/0350.jpg
from the group found at:
Along the "Redwood Highway" White Deerskin Dance, Klamath, Cal. (University of California)
http://content.cdlib.org/ark:/13030/ft2q2n98kk/?query=Along%20the%20%22Redwood%20Highway%22%20&brand=calisphere
I used an image of a possible white deer's head stone from this area not too long ago here:
http://wakinguponturtleisland.blogspot.com/2013/10/perhaps-thats-deer.html 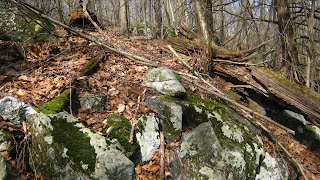 Timber and stone walls were long ago harvested from along White Deer Rocks Road, but I did stop at a place where I thought I saw some hint of stone rows across an outcrop, one of those wilder "can't be quite sure" spots where it's difficult to tell what's natural and what's human enhanced:

If you open up that photo in it's own window or tab, you just might spot a possible bird effigy, but that Rhomboidal Stone stands out on the right hand side: 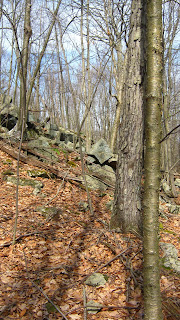 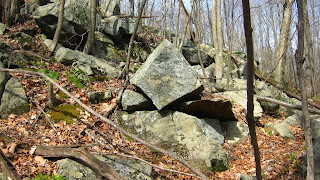 You could call it a small perched rhomboidal stone...

Posted by Tim MacSweeney at 7:39 AM No comments: 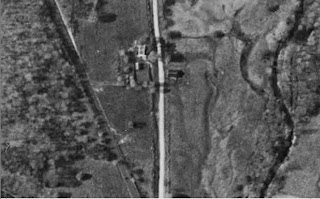 Curt mentioned being able to see the Chicken Yard Mounds on Google Earth. I once lifted and cropped a 1934 aerial photo from 1934 at the CT State Library site (above). Opening the image in a new window will give you a better view than right-clicking it. below is a simple circle: 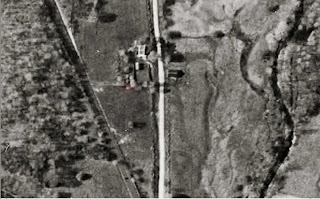 Here's some more, red is some visible stone work still existing, yellow now gone. Covered by trees in the river to the right, the Stone Weir that gives it's name to the area is disappointingly not visible: 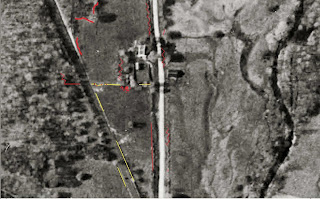 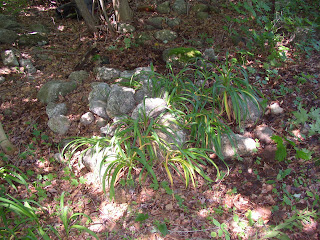 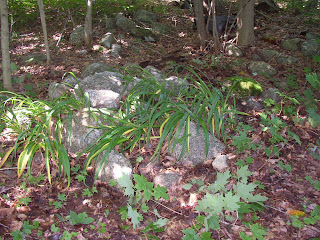 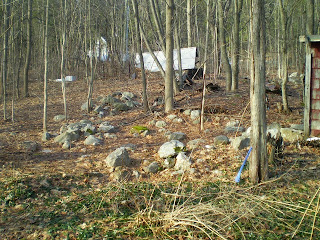 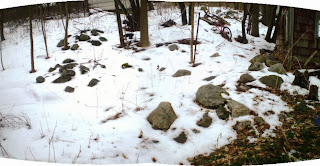 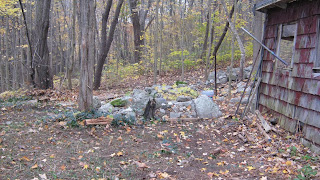 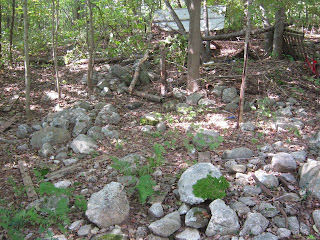 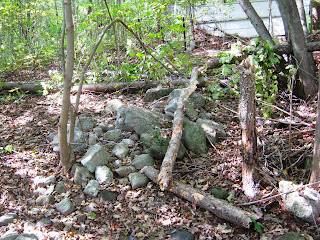 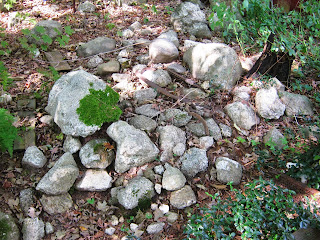 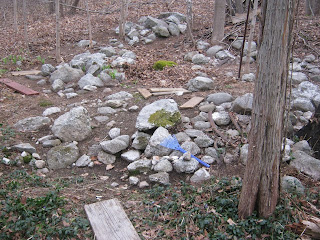 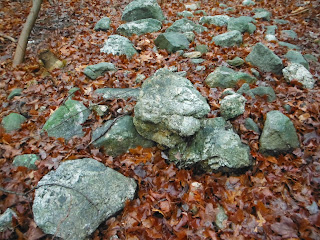 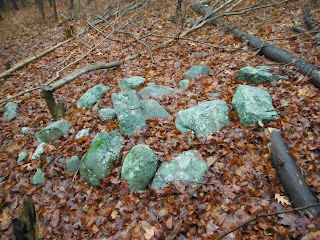 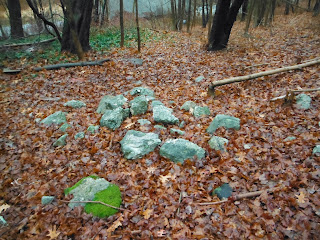 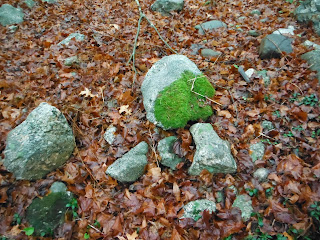 Posted by Tim MacSweeney at 9:50 AM No comments: 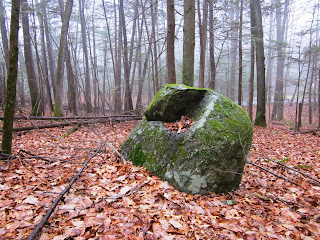 Posted by Tim MacSweeney at 6:07 AM No comments: 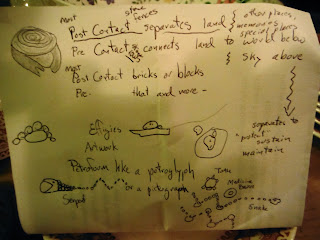 Usually I'd be walking on a Tuesday, but I had a work related training.
Luckily I can escape boredom by doodling...

Posted by Tim MacSweeney at 6:17 PM No comments: