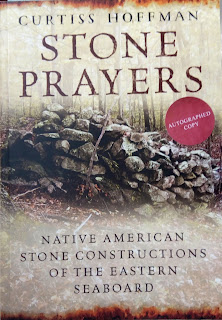 I was able to attend Curtiss Hoffman's lecture on his new book - and get an autographed copy.
I highly recommend the book, the first of it's kind by "someone in the fields of Anthropology and Archaeology," as Lucianne Lavin stated as she introduced Dr. Hoffman this past Sunday (May 26, 2019) at the Institute for American Indian Studies in Washington CT.
"Stone Prayers" hopefully will become a turning point in the debate about Indigenous Stonework, as well as a foundation for further studies, recognition and protection of features of what are becoming known as Indigenous Sacred Ceremonial Stone Landscapes (CSLs). 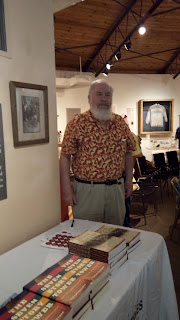 My hat's off in the figurative sense to Curtiss for putting all this information together, just as it was  off  in the literal sense to cover the projector during the introduction and resting on my knee during the presentation so the many people behind me could see...

Posted by Tim MacSweeney at 10:12 AM No comments:

"If the scientific (Anthropological, Archaeological etc.) explanation (hypothesis) of “stone wall-like rows of stone, as fuel breaks on a fire maintained Indigenous Ceremonial Stone Landscapes, related to Indigenous Traditional Ecological Knowledge, is too hard to understand, then make up - and keep repeating - a deceptively simple Eurocentric Stone Wall Myth or Fable." 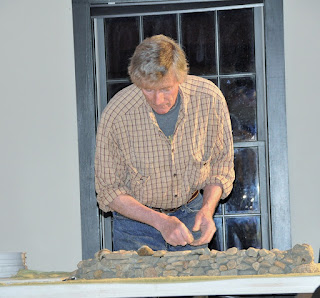 "Kevin Gardner, author of The Granite Kiss, explains how and why New England came to acquire its thousands of miles of stone walls, the ways in which they and other dry stone structures were built, how their styles emerged and changed over time and their significance to the famous New England landscape. Along the way, Kevin will occupy himself building a miniature wall on a tabletop using tiny stones. Filmed at Windsor VT public Library"    https://vimeo.com/168243938


In the Video Kevin Gardner mentions:
In Great Britain, 70,000 miles of stonewalls were built over a time period of 5,000 years.
In New England, an estimated 250,000 miles of stone walls (a figure he thinks is too low) are assumed to have been built by Post Contact Settler Colonists, many from Great Britain, over a time period of 200 years.
(The model Gardner creates, to his credit, reminds me of a "stone wall" I know of on the former estate of Bethlehem CT's first Puritan Minister:) 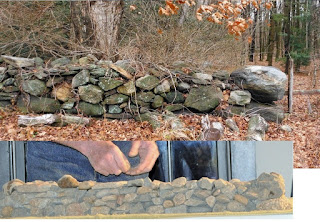 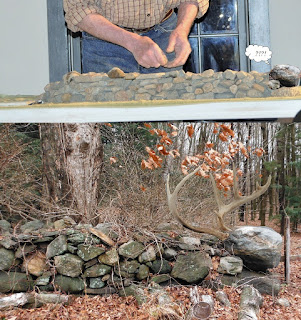 The New England Fable is that Native American People over thousands and thousands of years made no “stone walls,” until after 1620 (with a few exceptions, said to be rarities). The estimated 250,000 miles of stone walls, which some people contend are really stone fences and linear trash heaps  - for the most part - assumed to be evidence of the hard (and evidently very quick) work of European colonists and successive waves of immigrants, as a "Howling Wilderness" was transformed into a "civilized" landscape of European style farmsteads.

The scientific explanation is slowly emerging from under the Fable (still clouded by a collection of Antiquarian Myths of Lost Tribes and Ancient Worldwide Megalithic Cultures etc. - but that's another story).
Suspects
Sherlock Stones:
"In Great Britain, 70,000 miles of stonewalls were built over a time period of 5,000 years by many people.  In New England, 250,000 miles of stone walls were assumed to have been built by Colonists over a time period of 200 years, more stonework than in all of the rest of the world combined, Gardner contends," he says. "Indigenous Peoples who lived on the same landscape since the glaciers retreated are usually not even mentioned as possible suspects.”
Sherlock turns to me and asks:
"Who had more time to construct an estimated quarter million miles of stone walls? Who had the more "dire need" for all those (fire-proof) rows of stones on a Landscape that was fire-tended and most likely pretty densely populated by 1492? Who in the long run would have saved labor (travelling less for a more dependable and abundant resource outcome, not burning up your firewood or all the managed resource "gardens," pruning and maintaining just one of your blueberry fields or cranberry bogs, instead of all of them at once)?  Who is more inclined to make petroforms or geoglyphs that resemble Great Serpents on a Sacred Cultural Landscape?"
Stones turns to his biographer, the former Rocket Surgeon Dr. Johnnie Possum and says, "Here's a few Hypotheses to test:

If the already understudied Indigenous Cultural Landscape is ignored, particularly in the case of Ceremonial Stone Features, then wouldn’t a person be guilty of passing off Pseudoscience as Science, substituting myths for truth, and Ethnically Cleansing away evidence of thousands of years of Traditional Ecological Knowledge by claiming, without further research, that the great majority of stonework in the Northeast is the result of field clearing methods of post-contact agriculture?
If there are many free standing stone concentrations/constructions that either contain effigies or resemble animals both actual and legendary, as well as other designs and patterns that figured highly and appear in the artwork in other media created by the Indigenous People of Turtle Island (Native Americans of North America) – the turtle, bear and deer etc. along with the Great Serpents etc, - then who was more likely to have the time and motivation to create this artwork - Indigenous People or farmers fancifully and whimsically "doodling" as Thorson calls it?

If those same techniques and designs found in Indigenous artwork can be found in those longer piles of stones most often called “stone walls” then again, who was most likely to have the greater amount of time and greater motivation to create this artwork - especially when the stone wall begins with what clearly resembles a snake's head?

If the Indigenous People of Turtle Island (Native Americans of North America) maintained the landscape with fire then how were those fires controlled, especially in areas of dense population, in times of increasing territorialism? Which would be a considered the more “dire need” to justify the labor required to create nearly a quarter million miles of stone walls – fuel breaks to control Indigenous burning over a great length of time or the property boundaries and animal containment fences in the brief period of time known as the Golden Age of Stonewall Building that began shortly after the American Revolutionary War and ended with the invention of barbed wire?"

The apple trees are in blossom, so I know it’s just past the time that I first discovered Cothren’s History of Ancient Woodbury (CT), the illustrated version with the woodcut illustration of Sachem Nonnewaug’s Grave, marked by an apple tree and a mound of stones. I’m not quite sure at this moment whether it was 1990 or 1991, so I will just say, “It was almost 30 years ago.” 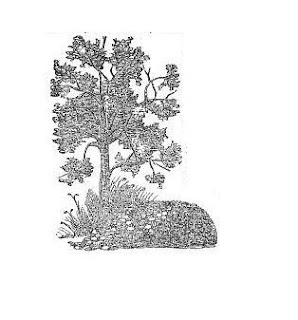 I wasn’t looking for the “Indian History” contained in that book but rather something about the history of this house I’m writing this in. I didn’t find anything specifically about this old salt box style home, just a mention that in 1740 the Pomperauge Plantation began allotting “homelotts” to the settler colonists of European ancestry, but it did explain the 1740 date that has become attached to house as it’s listed into an inventory of Historic Homes. 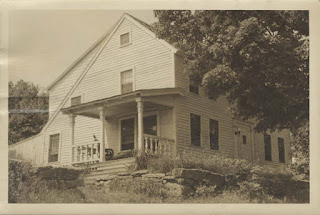 I did begin looking for more local “Indian Histories” from towns all around, particularly the oldest of them, which included what became New Milford. I recall pricing a job out that way and stopping afterwards at the New Milford Library, checking the Local History section, probably in the Reference Only section where some of the more rare books are kept but not circulated. I can’t remember the author or the title, try as I might, but I’m almost sure the cover was a yellow kind of color. Perhaps my notes are still in the book because they aren’t with the other bits of scrap paper I wrote them on. What I do remember quite clearly was an account of the First Puritan/Pequot War, when the colonial militia chased a group of Pequot warriors along the coast to the mouth of the river that has become known as the Housatonic and someone or other quoted as saying something like, “these are the most beautiful lands discovered so far – ours by right of conquest.” As best as I can remember, the author states a little later that Capt. John Minor made a treaty with the Weantinock, building (and nominally owning) a Watch House for the settler plantation. The house “watched over” the agricultural fields of the Indigenous band (clan?) living there at the time, awaiting the time that the Indians did not plant the fields and the settler colonists could fence the land and establish individual property rights by maintaining those fences. 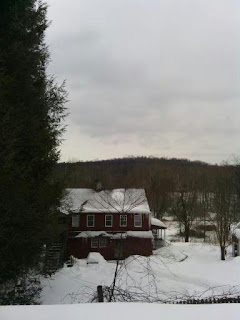 Looking East toward the Nonnewaug Stone Fish Weir and the floodplain Agricultural Fields associated with the Nonnewaug Wigwams, one of  two known Contact Era Pootatuck Villages.

My mother-in-law could never put her hand on the title search she compiled for an Adult Education program she once participated in, “How Old is Your Old House?” I’ve never duplicated the search, so I don’t know exactly when the paper trail began for this house. A Late Medieval wooden structure, one of the architectural details, a stairway to the right
in the front entryway, allowing the free movement of the sword arm of the master of the house at the top of the stairs while limiting that of the person entering, is a diagnostic trait used to date castles in England and Ireland to before 1734.
Perhaps something similar occurred here on this floodplain, a Watch House at the Nonnewaug Wigwams, nominally owned by the same  John Minor for the Pomperauge Plantation… 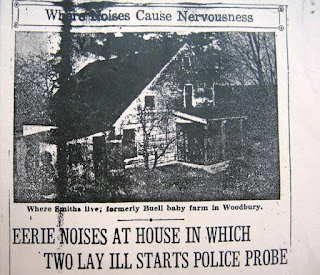 “1702: Deed of "A Certain Tract of Land called Weeantenock" from 14 Indians to the "Proprietors of New Milford" (109 people). The purchase price? "Sixty pounds Current money of this Colony of Connecticut and Twenty pounds in Goods." This deed is recorded in the Town Records at Volume 9, page 269 and in Hartford. New Milford was called a Plantation until 1712.
1703: The legislative title to the land called a "Patent" was granted to New Milford by an act of the General Court (the Governor and his assistants) on October 22.
1705: Indians leave their Fort Hill land, where they had a large settlement and a Fort.”
Time-Line History of New Milford http://www.newmilford.org/content/3090/3100/3824.aspx

Posted by Tim MacSweeney at 4:19 PM No comments: 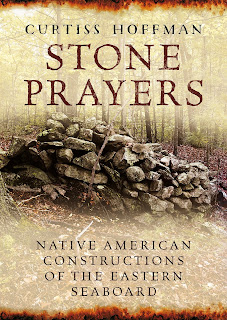 The Litchfield Hills Archaeology Club (LHAC) welcomes Dr. Curtiss Hoffman, Professor of Sociology and Anthropology at Bridgewater State College and Past President of Massachusetts Archaeological Society. Scattered throughout the woodlands and fields of the Eastern seaboard of the United States are tens of thousands of stone cultural features about which there has been much debate among archaeologists and antiquarians. Join Dr. Hoffman, who will discuss his recently published book, Stone Prayers: Native Constructions on the Eastern Seaboard, which provides support for the Native American origins of these stone features and traces how strong and vocal support from the region's indigenous communities has helped to preserve and protect these ceremonial sites.Space is limited, reservations requested. Please call (860) 868-0518 or email general@iaismuseum.org to reserve your spot.
Posted by Tim MacSweeney at 9:32 AM 1 comment:

(The Game is) Afoot in Connecticut 29 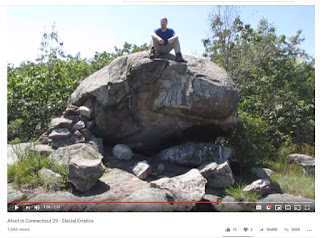 "Turtle Island, as it has been called for a long, long time," says Sherlock Stones, "is full of obvious Turtle Effigies which nobody by any chance ever observes.” 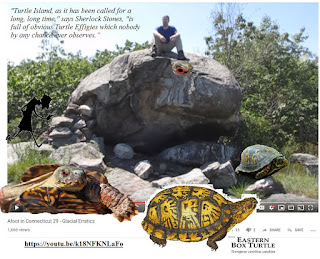 Posted by Tim MacSweeney at 12:10 PM No comments: 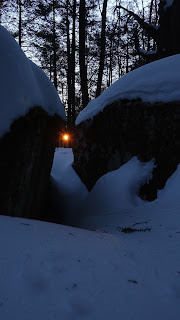 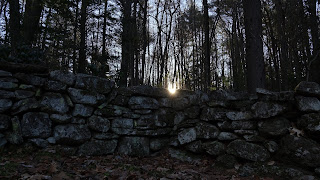 Sarah Kohler will be giving a presentation to the New Salem Historical Commission (of which she is a member) of her ongoing research. This is a posted, open public meeting & anyone is welcome to attend.
The presentation will focus on the artistic, pragmatic, mathematical & astronomical components, contained within the precolonial stone constructs and stone landscapes that are extant in our region.
A series of large, framed photographs, showing details of her subject will be on view in the gallery during the presentation. 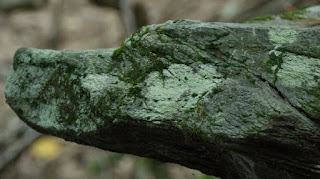