A Return to the Diamondback Terrapin 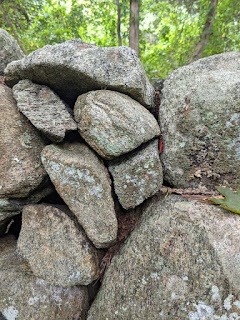 or Sebaquanash, "the man who weeps" 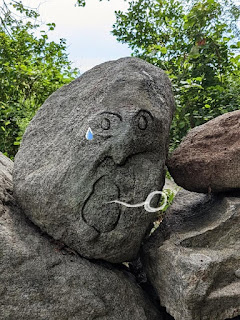 Feeling well enough to do it for the first time in three years, I recently went back to a spot where a certain stone effigy resides on a “stone wall” on a little hill above a salt marsh on the CT shoreline. I dropped my bicycle on the ground off the pathway when I reached the first of the stones near “the site,” not only because I still haven’t fixed my kickstand yet but also so I can just step over the bike and then lift it to get back on instead of painfully throwing my leg over it, a simple little old man’s dance step to avoid the pain in his hip.

I remember thinking that I may not of been here at just this time of day or I would have noticed how a perhaps snake head-like stone by the trailside seems to have two possible eyes, one closed and one open, a "thing" that happens to occur on some possibly modified stones "sometimes," in some vague unscientific sounding terms: 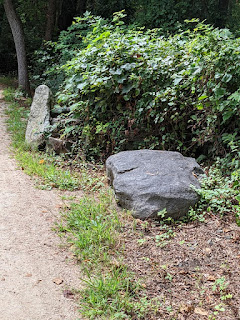 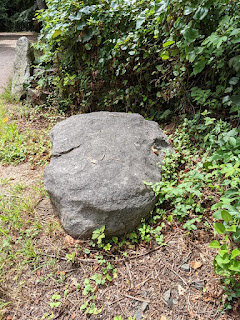 (Did somebody peck an "open eye" in this stone below long ago? I don't really know...) 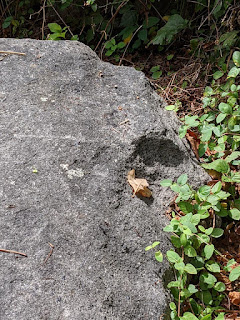 I also notice that many of the little paths into places I've been before are overgrown, mostly in Greenbriar and Poison Ivy. I can barely even see the stone above that I sometimes imagine as the resting place for the stone above - where it may have once been balanced, where it once may have rocked, a Drum Stone or a Signal Stone at the Hill: 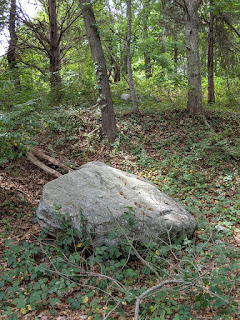 I stopped at another spot where another of my little trails were also overgrown, another place where the modern trail disturbs the older one, where a row of stacked stones reaches out into the salt marsh: 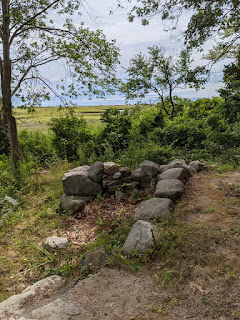 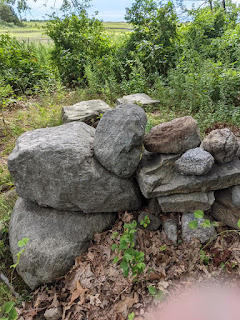 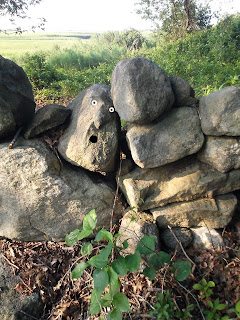 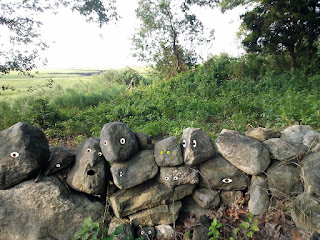 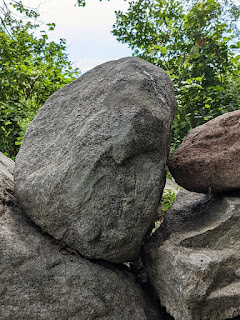 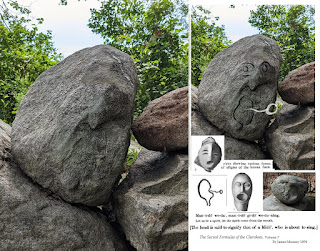 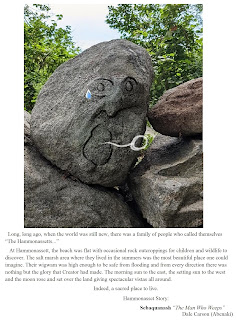 I do notice that someone has cleared some brush from along the hillside remnant of the disturbed qusuqaniyutôk: 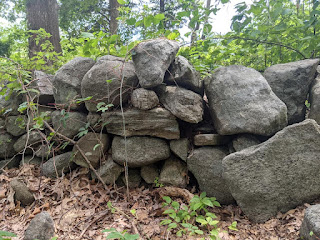 And I saw why: 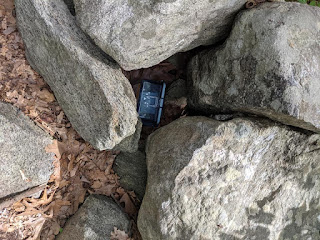 - but the older trail up to the top of the hill is so faint that I can't quite see it from a geocache site in the "stone wall." I pushed the bike through the underbrush and saw some deer scat - and then more and then more - and then there's evidence of browsing by deer, making the spot I was headed to incredibly brush free, as if those deer were doing an old man a favor... 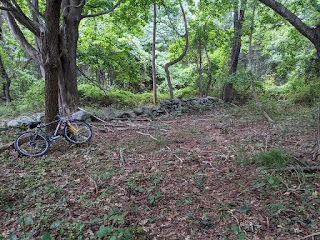 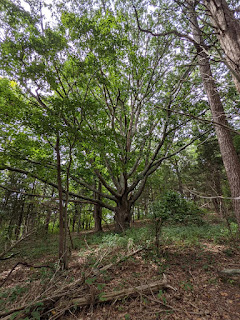 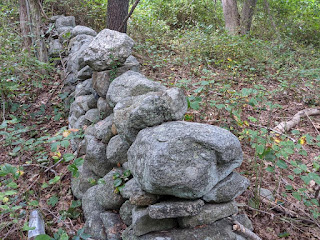 It's an easy walk to this spot above, a new segment cleared by the deer, suggesting a course of stone laid out to resemble - or become - a snake: 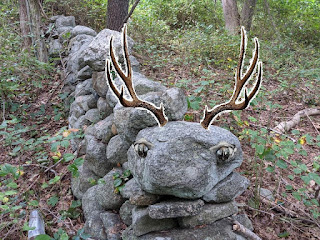 And qusuqaniyutôkanuk, on the stone wall, is a Turtle Tobacco Offering Stone: 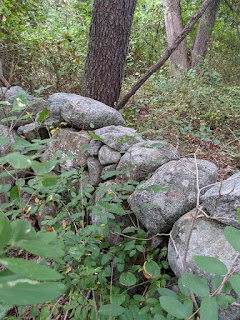 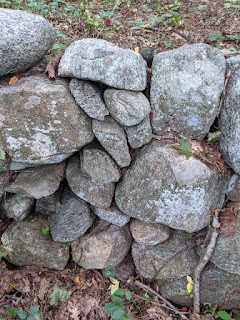 Opposite side, looking west: 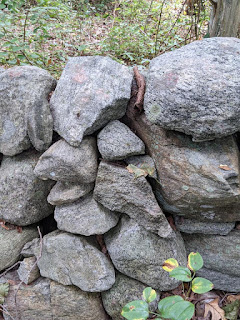 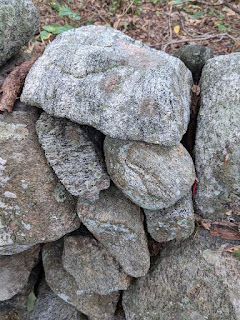 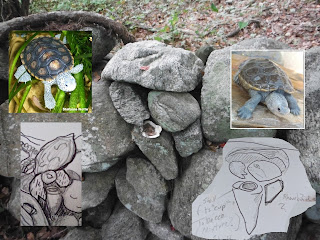 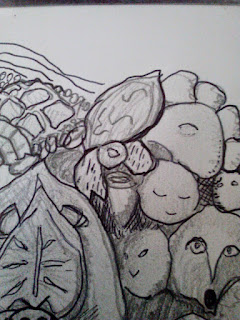 Posted by Tim MacSweeney at 7:41 AM No comments: