I Had No Idea! 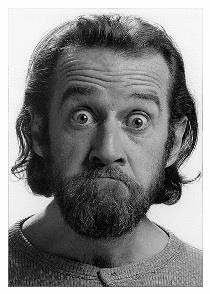 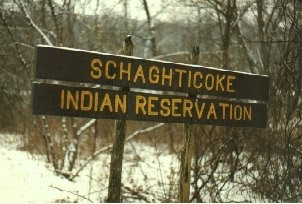 "...Created in 1742 on a 2000 acre parcel, the drastically reduced 400 acre tract extends from the eastern slopes of the mountain to the Housatonic (at the place beyond the mountains ) River. There was, in 1740, a mixed population of 600 "scattered" Connecticut Indians, mostly from the eastern side of the Housatonic River, who resettled at this Mohican hunting camp. Regularly joined by other Housatonic Indians, the camp was often large. From the river bank encampment below, the hunters watched as deer browsed on mountain vegetation above in plain view. The Indians of these valleys frequently burned the mountain woods to better spot game. Burnt forest lands brought forth lush, tender flora that attracted wildlife in abundance. From Schaghticoke, the hunters followed along the Weebutook River (beautiful hunting grounds), later known as Ten Mile River, and ascended the mountain in search of game, following the aged cliff trails that wound their way upward to the crest. These semi-cleared mountain tracts, like manna from Heaven, would later become planting fields for white settlers searching for farmland. They remain, even today, divided and marked by acres and acres of criss-crossed stone wall fences.
How did Schaghticoke, a seasonal hunting camp, become a permanent village, and then a reservation? It was a consequence of colonial attitudes, more than colonial settlement needs. The Connecticut English pressured the Indian population, even though many villages were entirely Christian, to move westward simply because they would not abide ANY Indians, or for that matter, ANY "foreigners" (German Moravians or French Jesuits) in their midst. They were fearful, it would seem, of anything non-English and non-Calvinist. Surrendering to the pressure, the tribes of the Connecticut River Valley began moving westward. In 1731, chief Gideon Mauwee and his people left their Naugatuck village on the east bank of the Housatonic and headed for the "hunting camp" at Schaghticoke. The settlement became a magnet, a refuge for Christian Indians who were being exiled from their homes all across the long river country..."

from: http://www.mohicanpress.com/mo11002.html
Posted by Tim MacSweeney at 4:26 AM No comments: