It was an unintentional visit to the Southwest Corner of a site I've been learning. The light was all wrong for good photos, dappled bright mid-morning sunlight filtering through late summer leaves, but there I was. I parked just below the house my grandson lives in and walked on in, stepping over what appeared to be a faint zigzag row of stones that I thought just possibly might be reminiscent of the ones you read about in stone wall books, just tossed up against a wooden rail Snake Fence (and stepping back over it at the end of the walk, I looked down to see at triangular "point" stone that was larger than the rest, just a little serpent-like, and thought, "Another thing to come back and look at when the leaves fall.")...
I paused at a few piles of stones, longer than they were wide, composed of smaller sized cobbles but a larger stone or two also present: 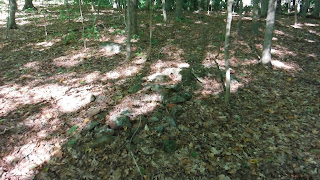 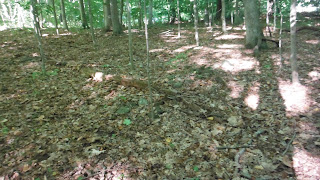 Above is the first pile I saw, with the sun over my left shoulder and below is the same pile, the photo taken looking back the other way from the other side, wishing a cloud would pass by so I could capture a better image: 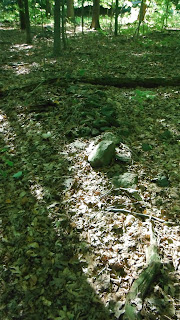 From there I could see another similar stone pile - and a split boulder: 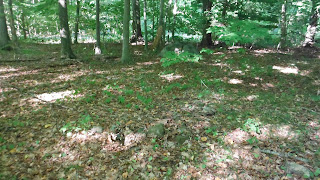 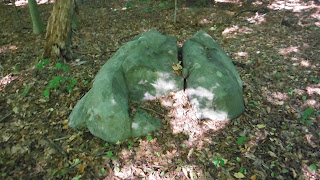 Well, anyone at any time could have done that;
I wondered what I'd find on the other side... 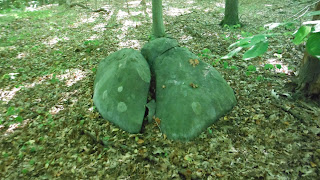 (Vain attempt to fix the photo)
Well I suppose anyone at any time could have found this one too and placed it there.
What percentage of people in a scientific sample of a group of people might Rorschach this as a human face (or a possible anthropomorphic effigy if one of them was perhaps Ed Lenik)? I don't really know.  I guess it all depends who is in the group and who would rather not see it as such.
If the researcher asked me, "What is this one?" I would trace these lines with my finger when I answered "A possible anthropomorphic effigy:" 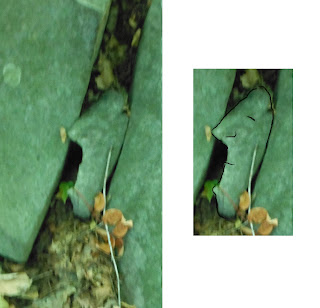 Anyway, I  turned eastward and encountered yet another stone pile, spotlighted by sunshine: 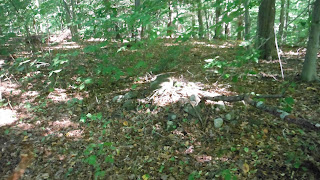 (I'm parked in the left hand corner on this map by the way:) 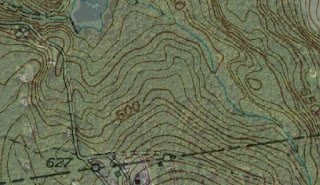 CT is pretty dry at this point, the weather man mentioned that we've got a "more than 5 inch rainfall deficit" if I remember correctly, so I was able to walk into a place that I'd started to look at once but had found it too wet and "slippy." It was very stony and it seemed one of those spots that was semi-natural and semi-structured at the same confusing time. 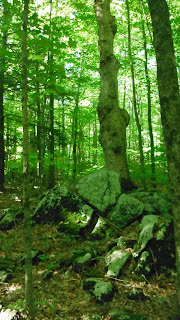 The one below "got me." Intentional Human Enhancement?
I don't really know. All I can do is show you various views and wonder... 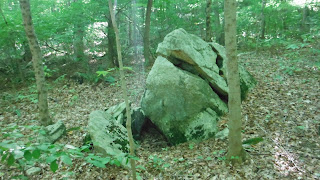 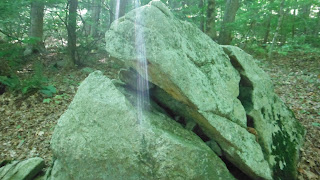 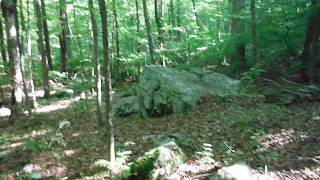 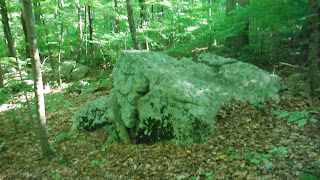 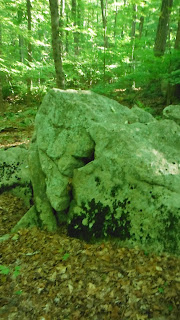 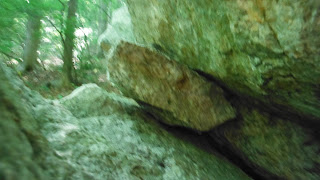 (And try to enhance the one above:) 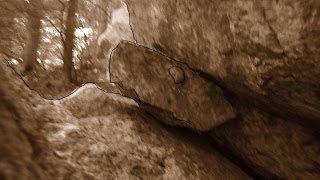 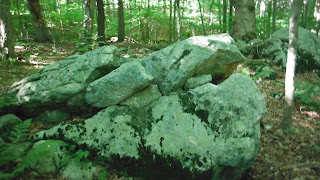 At the foot of the stone (and at my feet): 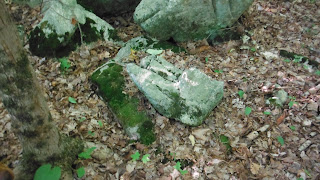 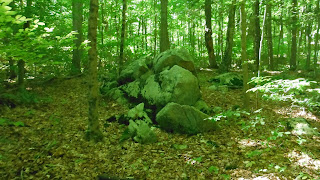 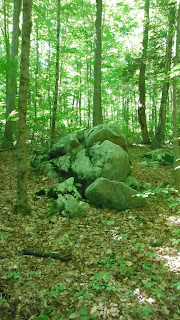 And then I spot a row of stones: 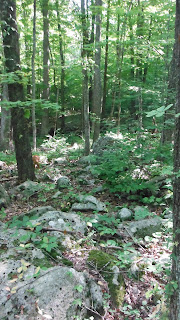 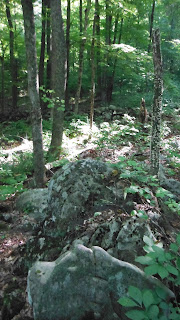 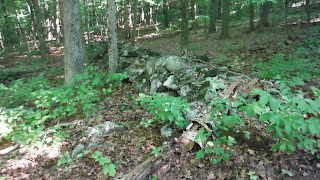