Turtle on a Great Serpent's Back 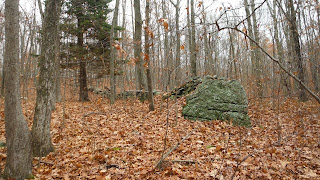 "In the old times people used to dance often and all night. Once there was a dance at the old Town of Sakwiyi, at the head of the Chattahoochee, and after it was well started two young women with beautiful long hair came in, but no one knew who they were, or whence they had come. They danced with first one partner and then another, and in the morning slipped away before any one knew that they were gone; but a young warrior, who had fallen in love with one of the sisters on account of her beautiful hair, and after the manner of the Cherokees, had asked her, through an old woman, if she would marry him and let him live with her. To which the young woman replied that her brother at home must first be consulted, and she promised to return for the next dance, seven days later, with an answer, but in the meantime, if the young man really loved her, he must prove his constancy by a rigid fast until then. The eager lover readily agreed and impatiently counted the days.
In seven nights there was another dance. The young warrior was on hand early, and later in the evening the two sisters appeared, as suddenly as before. The one with whom he was infatuated told him that her brother was willing, and after the dance she would conduct the young man to her home, but warned him if he told any one where he went or what he saw he would surely die.
He danced with her again, and about daylight he left with the two sisters, just before the dance closed, so as to avoid being followed, and they started off together. The women led the way along a trail through the woods, which the young man had never noticed before, until they came to a small creek, where, without hesitating, they stepped into the water. The young man paused in surprise on the bank, and thought to himself, “They are walking in the water; I do not wish to do that.” The women understood his thoughts, just as though he had spoken, and turned and said to him, “This is not water; this is the road to our house.” He still hesitated, but they urged him on until he stepped into the water and found it was only soft grass that made a fine level trail. They went on until the path came to a large stream, which he knew to be Tallulah River. The women plunged boldly in, but again the warrior hesitated on the bank, thinking to himself, “That water is very deep and will drown me! I cannot go on.” They knew his thoughts again, and turned and said, “This is not water, but the main trail that goes past our house, which is now close by.” He stepped in, and instead of water, there was tall waving grass that closed above his head as he followed them. They went only a short distance and came to a cave of rock close under Ugunyi, the Cherokee name for Tallulah Falls. The women entered, while the warrior stood at the mouth, but they said, “This is our house; come in, our brother will soon be at home; he is coming now.” They heard low thunder in the distance. He went inside and stood up close to the entrance. Then the women took off their long hair and hung it up on a rock, and both their heads were as smooth as pumpkins. The man thought, ‘‘It is not hair at all,” and he was more frightened than ever". The younger woman, the one he was about to marry, then sat down and told him to take a seat beside her. He looked, and it was a large turtle on which she sat, and it raised itself up and stretched out its claws, as if angry at being disturbed. The youth refused to sit down, insisting that it was a turtle, but the woman again assured him that it was a seat. Then there was a louder roll of thunder, and the woman said, “Now our brother is nearly home.” While he still refused to come nearer or sit down, suddenly there was a great thunder clap just behind him, and turning quickly he saw a man standing in the doorway of the Cave. “This is my brother,” said the woman, and he came in and sat down upon the turtle, which again rose up and stretched out its claws. The young warrior still refused to come in. The brother then said that he was just about to start to a council, and invited the young man to go with him. The hunter said he was willing to go, if only he had a horse; so the young woman was told to bring one. She went out and soon came back, leading a great uktena snake, that curled and twisted along the whole length of the cave. Some people say that it was a white uktena and that the brother himself rode a red one. The hunter was terribly frightened and said, “That is a snake; I cannot ride that.” The others insisted that it was not a snake, but their riding horse. The brother grew impatient and said to the woman, “He may like it better if you bring him a saddle and some bracelets for his wrists and arms.” So they went out again and brought in a saddle and some arm bands, and the saddle was another turtle, which they fastened on the uktena’s back, and the bracelets were living slimy snakes, which they made ready to twist around the hunter's wrists. 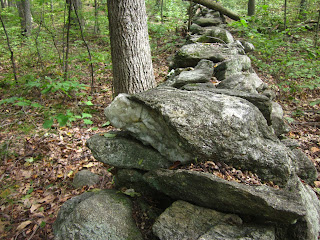 And the saddle was another turtle...

He was almost dead with fear, and said, “What kind of horrible place is this? I can never stay here to live with snakes and creeping things.” The brother became very angry and called him a coward, and then it was as if lightning flashed from his eyes and struck the young man, and a terrific crash of thunder stretched him senseless. When at last he came to himself again, he was standing with his feet in the water and both hands grasping a laurel bush that grew out from the bank, and there was no trace of the cave or the Thunder People, but he was alone in the forest. He made his way out and finally reached his own settlement, but found that he had been gone so long that all the people thought him dead, although to him it seemed only the day after the dance. His friends questioned him closely, and, forgetting the warning, he told the story; but in seven days he died, for no one can come back from the underworld and tell it and live.” 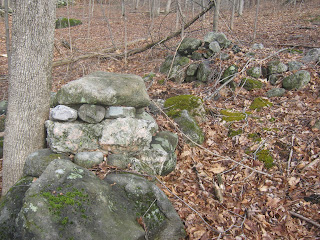 Posted by Tim MacSweeney at 9:35 AM