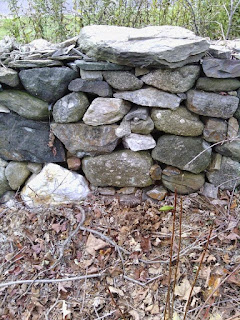 The subject is part of Dr. Lavin’s new and ongoing research. The idea of Native American built stone features and ceremonial landscapes is fairly new to Northeastern archaeologists in general, who traditionally thought all were the result of Euro-American farm clearing. Some of it is, of course, but some of it is not. The latter is often associated with celestial movements that may reflect the timing of annual ceremonies/festivals. White Memorial is a huge land trust, and these ritual sites are often found on upland preserves for the very reason that the land has been preserved from industrialization and housing projects. Enjoy a delicious luncheon before her presentation. 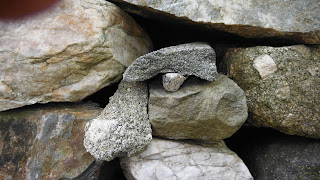 Lucianne Lavin is Director of Research and Collections at the Institute for American Indian Studies, in Washington, CT. She received her M.A. and Ph.D. in anthropology from New York University.  She is an archaeologist who has over 30 years of research and field experience in Northeastern archaeology and anthropology, including teaching, museum exhibits and curatorial work, cultural resource management, editorial work, and public relations.  She is a member of Connecticut’s Native American Heritage Advisory Council, and she is editor of the journal of the Archaeological Society of Connecticut. She has taught archaeology and anthropology courses at a number of Connecticut and New York colleges, including Connecticut College, Naugatuck Valley Community College, and Adelphi University. 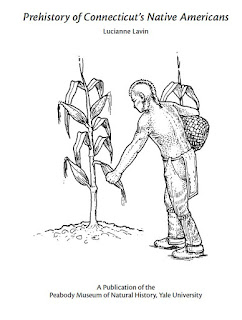 During her term as a Research Associate at the Peabody Museum of Natural History at Yale University, she co-directed their present Connecticut Prehistory exhibit and wrote the accompanying teacher’s manual.  She has owned and operated an archaeological firm for over 20 years. Dr. Lavin has written over 100 professional publications and technical reports on the archaeology and ethnohistory of the Northeast. She was awarded the Russell award by the Archaeological Society of Connecticut and elected Fellow of the New York State Archaeological Association for exemplary archaeology work in their respective states. 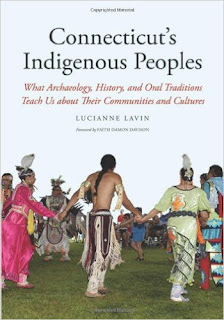 Her award-winning new book, Connecticut’s Indigenous Peoples: What Archaeology, History and Oral Traditions teach us about their Communities & Cultures, was published by Yale University Press in 2013.

Posted by Tim MacSweeney at 8:22 AM