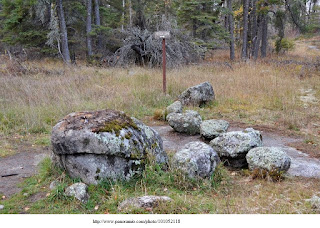 “Irving Hallowell relates the story of Yellow Legs, a renowned Lake Winnipeg Midé who had a special boulder that possessed contours suggestive of eyes and a mouth. It was used in the Midewiwin for many years. When Yellow Legs tapped this stone with a knife, it would open its mouth, whereupon he “would insert his fingers and take out a small leather sack with medicine in it” (Hallowell 1975:148). The medicine “would be made into a concoction, which was then shared by all present” (Hallowell 1936:48).”

[“On another occasion Yellow Legs dreamed of a large round stone on what is now called Egg Island, but which the Indians call wigw'iminis, birch island.*’ He sent two men to fetch this stone for him: they were told to follow a bear’s tracks to be found on the shore, which would lead them directly to it. But to make sure that they had found the right stone, a few branches would be broken directly above it. The men found the stone by following the directions given them by Yellow Legs, and it was brought to Berens River. It is now in the possession of Chief Berens. It was used in the Midewiwin for many years, and exhibited certain animate properties, externally represented by what appear to be a mouth and eyes. In the course of the Midewiwin Yellow Legs use to tap the stone with a knife, whereupon the mouth would open and he would extract a deerskin packet of medicine. The latter would be made into a concoction, which was then shared by all present.
http://onlinelibrary.wiley.com/doi/10.1525/aa.1936.38.1.02a00040/pdf ] 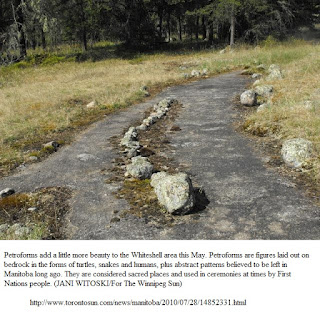 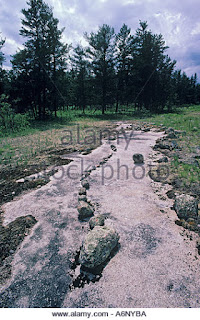 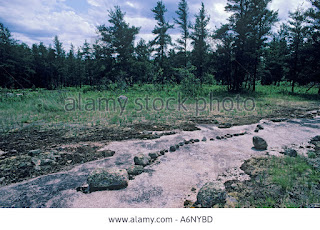 In 1979, Mr Barker published an autobiography that included a chapter entitled “Medicine Dance”. His brief description bears out the role of certain turtle and snake petroforms:
A row of stones, placed from smallest to largest, was often used to aid the medicine man. These formed snakes of various lengths. The sick person was laid beside the snake, which would then begin to move. Often, this resulted in a cure. The stones also sometimes became turtles (Barker 1979:99). 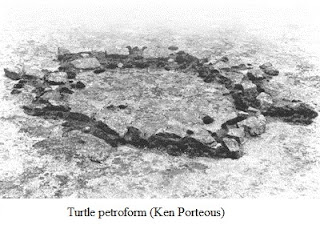 Again, this report of stones assuming animate properties under special circumstances has counterparts in the literature. Hallowell (1975:148) cites an Ojibwa informant whose father was leading a Midewiwin ceremony in which a large round stone was present. The Midé got up and walked around the path once or twice. Coming back to his place he began to sing. The stone began to move “following the trail of the old man around the tent, rolling over and over, I saw it happen several times and others saw it also.” The animate behaviour of a stone under these circumstances was considered to be a demonstration of magic power on the part of the Midé..." 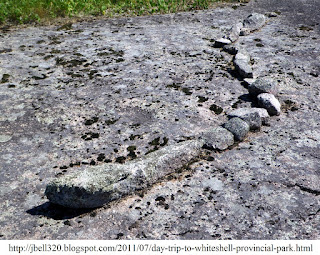