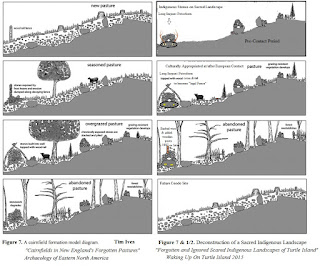 On the left: an illustration from "The  Cairnfields in New England's Forgotten Pastures" by Timothy Ives whose hypothesis is that: "Most of the cairnfields in New England’s forested hills were likely built by nineteenth-century farmers to prolong the usefulness of increasingly stony, overgrazed pastures. On the right: I've used  Ives' illustration to show that perhaps these stone monuments and long rows of stones may be related more to an older Sacred Cultural Landscape, created over the thousands and thousands of years Indigenous People lived in the same area, as has often been repeated on this blog, illustrated profusely with photographs of field observations of mine and many others, as well as other pertinent information from a wide variety of sources. 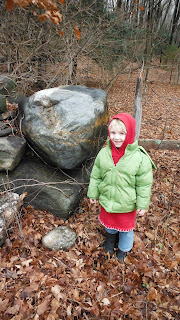 We may indeed be Surrounded by Serpents (such as the one above), as well as other Petroforms, of a yet to be determined age using scientific methods and further research and not just by the refuse of agrarian field clearing that began just a few hundred years ago... 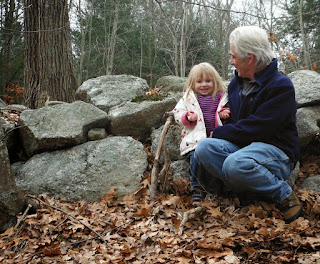 A bear effigy? A turtle? Both? 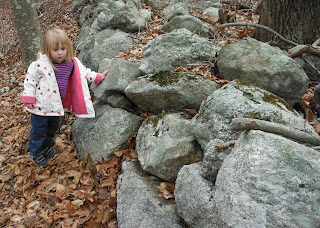 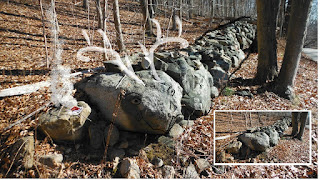 Posted by Tim MacSweeney at 2:01 PM