Another Possible "Ophiomorphic Petroform” at a Gateway (or two or three)

That's just an "old Yankee farmer's gateway" into an upland pasture, you might say.
But then again that is a sort of a triangular boulder when you look a little closer: 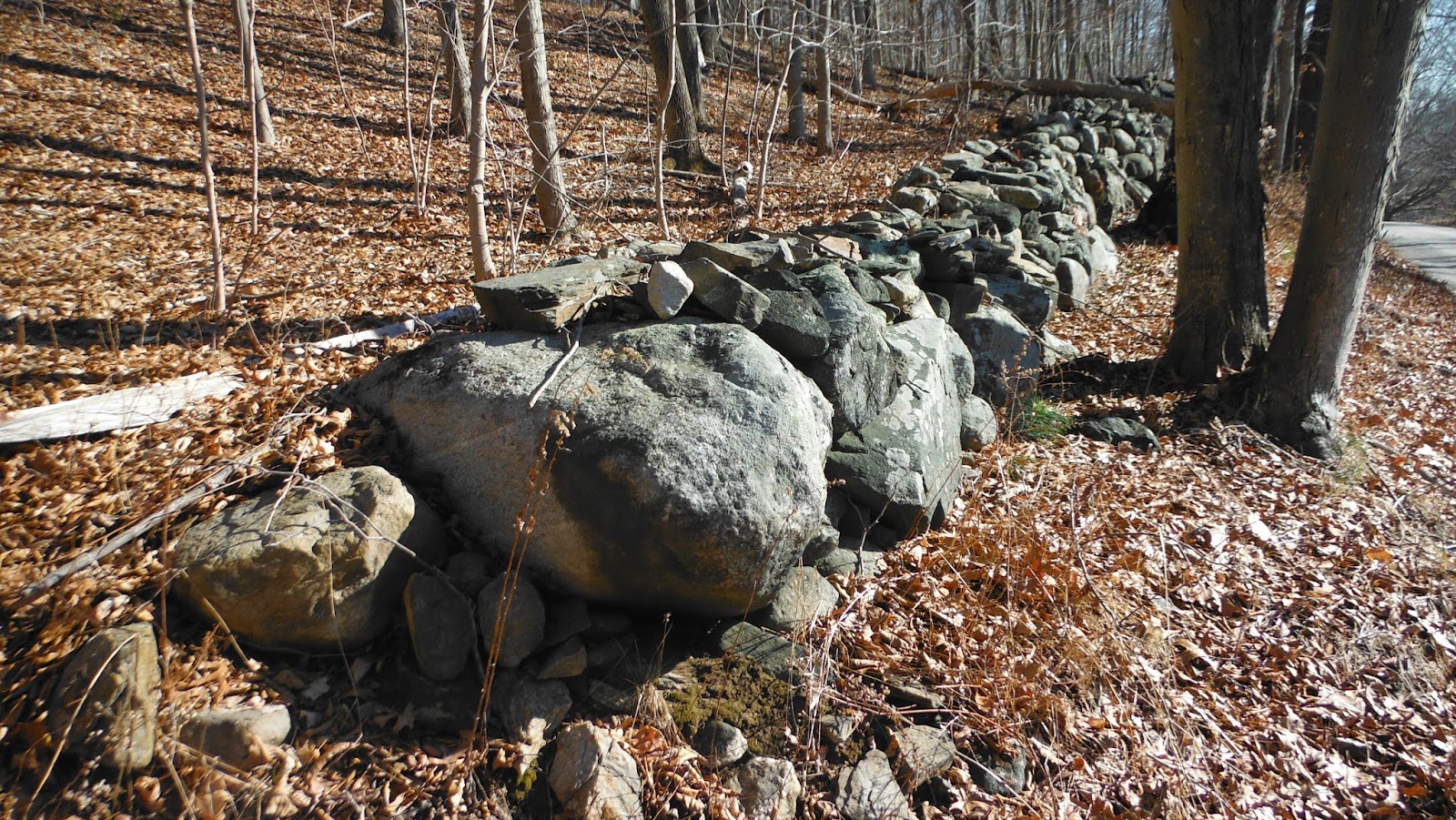 Even a casual observer might say, "Well that does resemble that grey boulder from that post about a very similar looking gateway, entitled (oddly enough) Grey Serpent Gateway :" 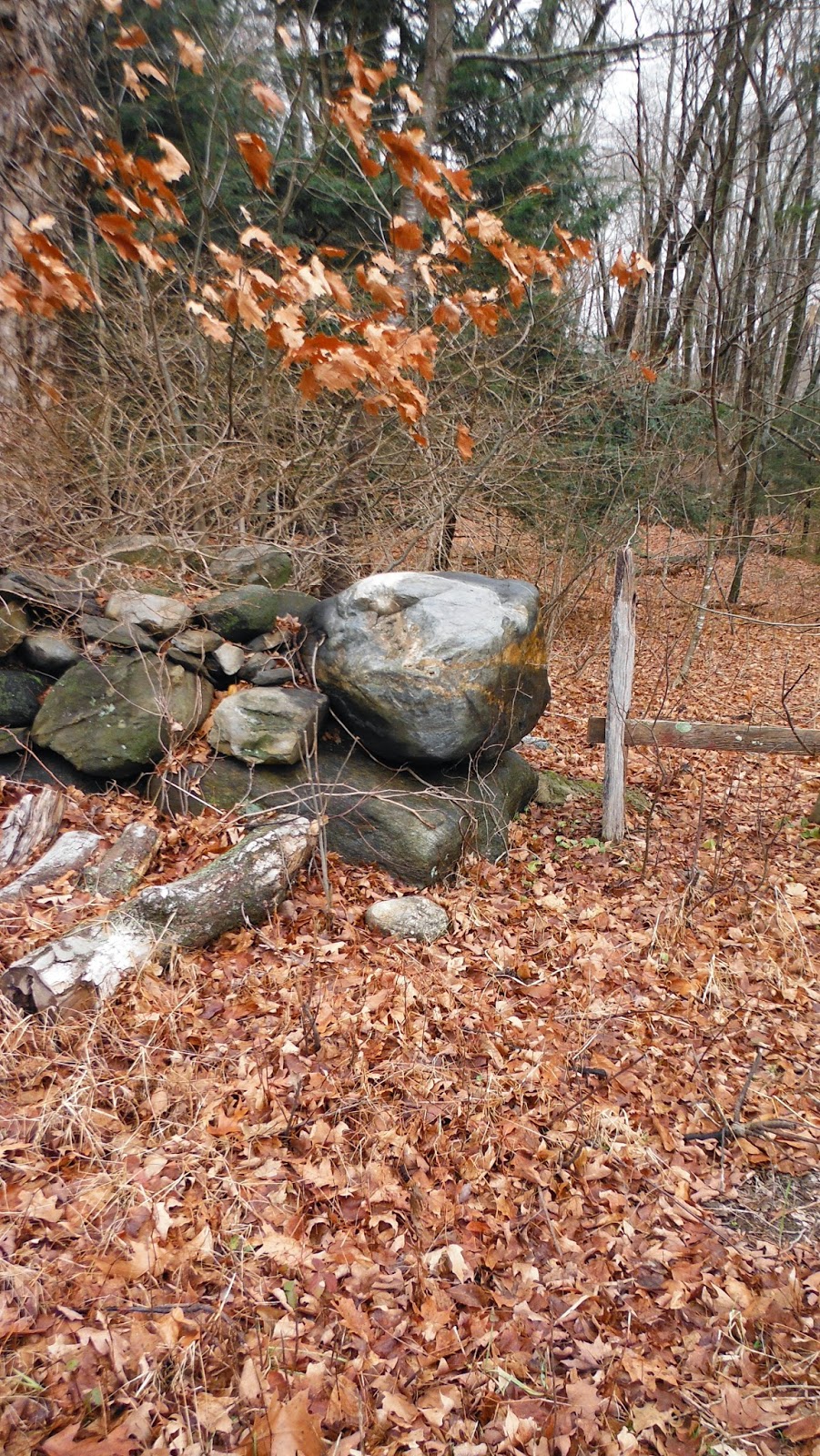 The one that seems to have an intentionally humanly enhanced eye-like feature: 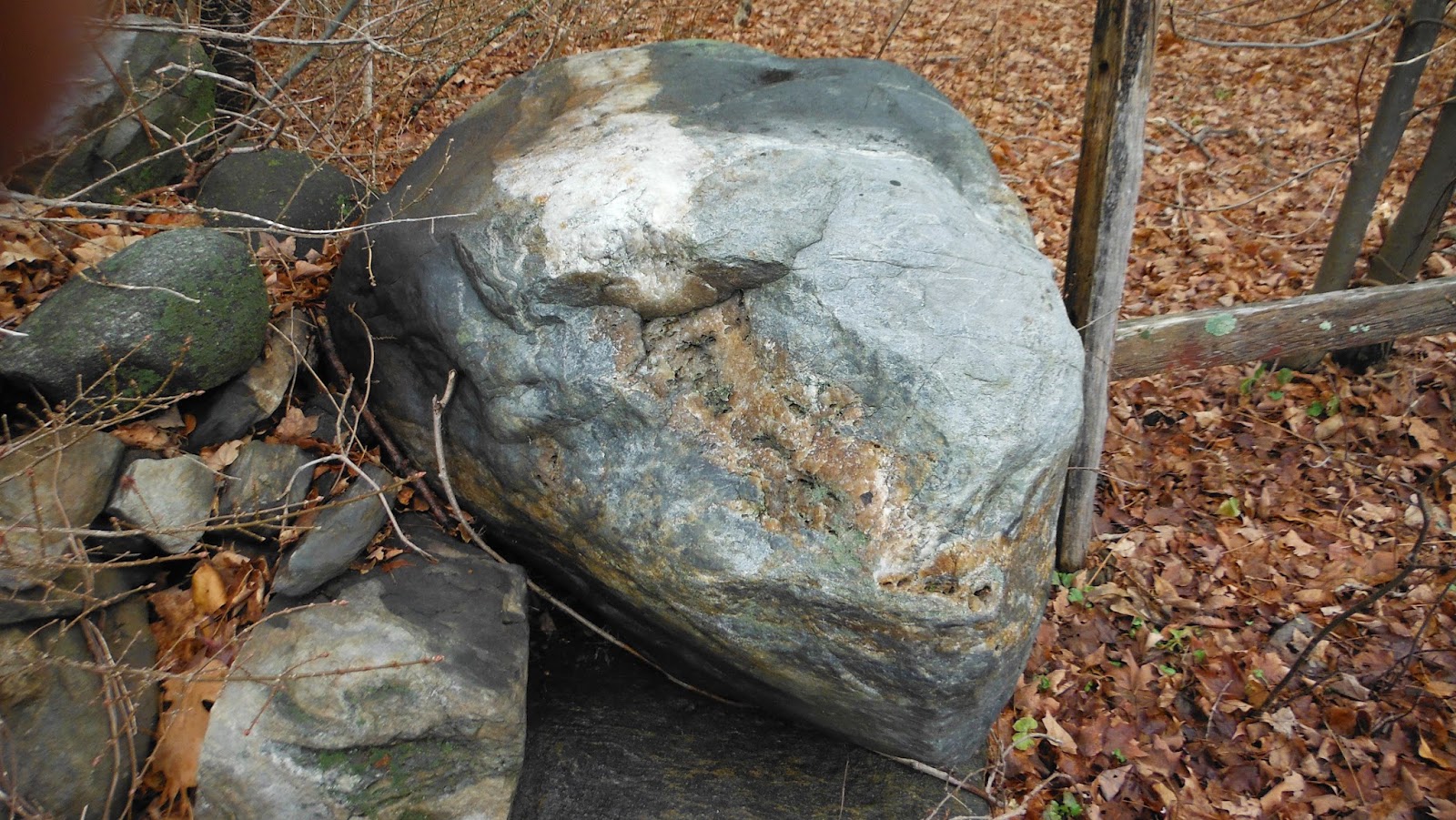 And there's a suggestion of eyes that is similar, but what about those "grooves?"
Couldn't possibly be to place some antlers in, if a person was creating some sort of Great or Horned Serpent from a wide-spread Indigenous legend from Turtle Island - or could it? 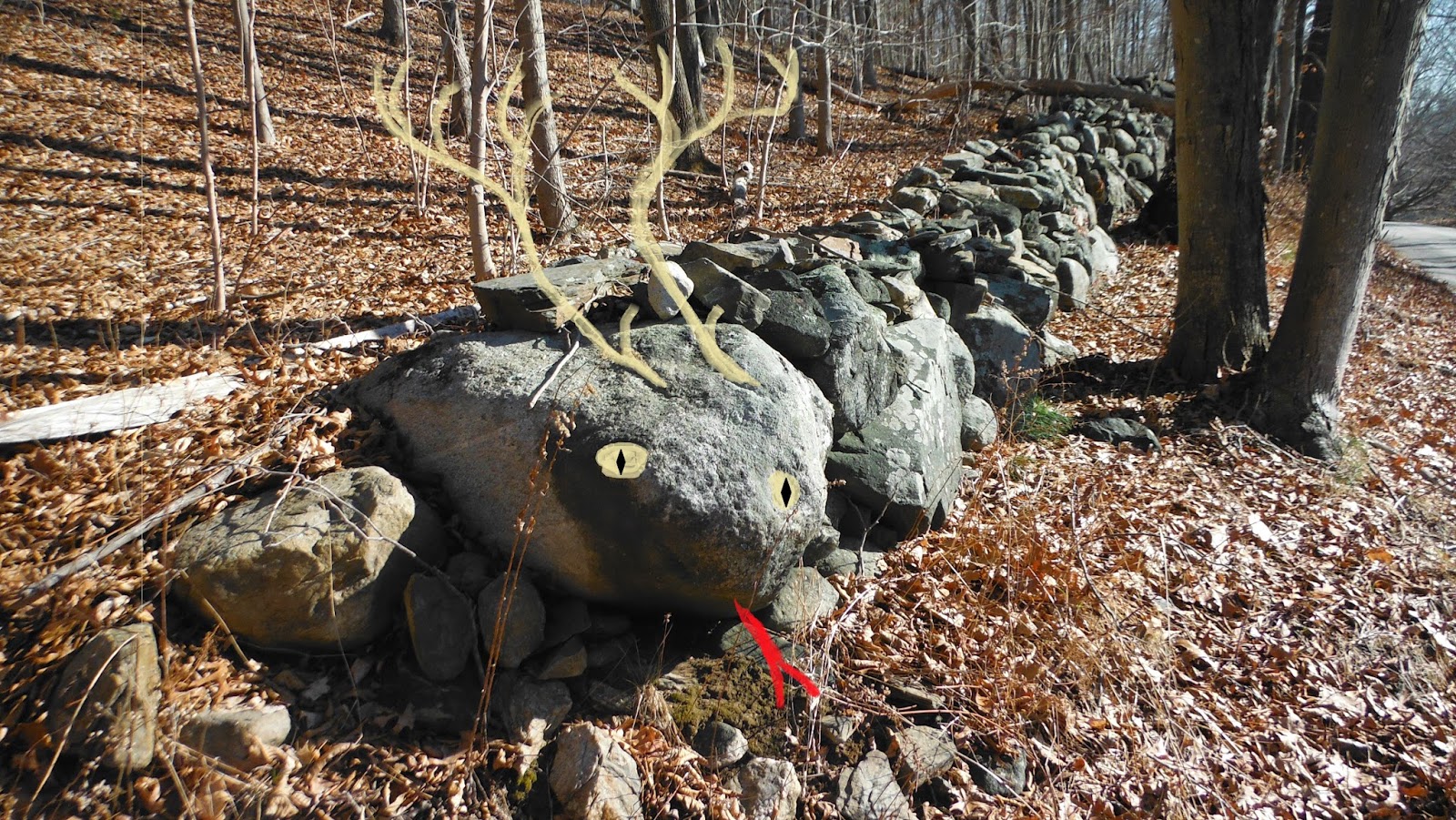 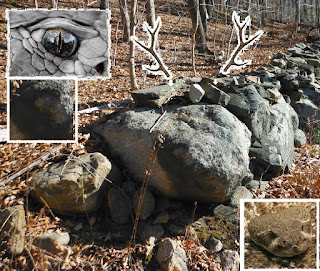 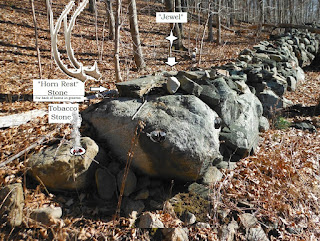 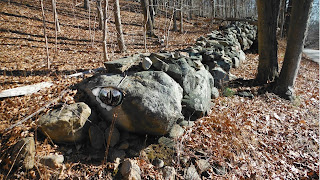 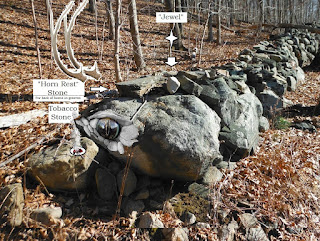 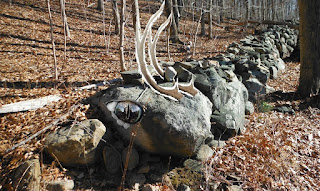 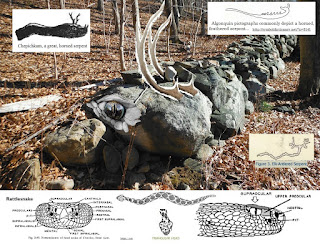 (Another Horn or Antler Rest at Preacher's Preserve:) 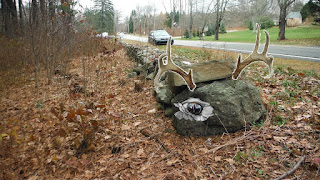 How about the next gateway headed north? 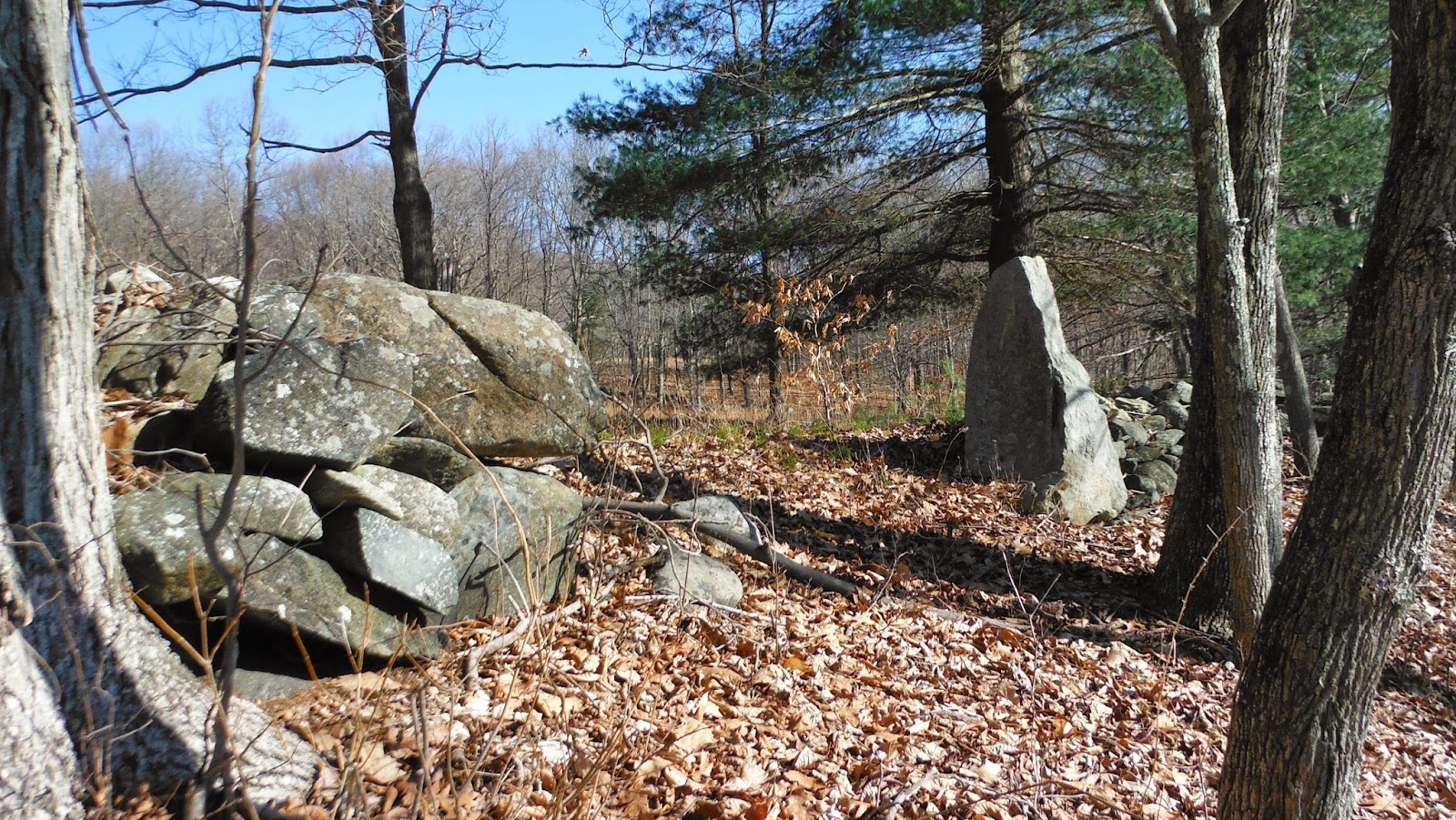 Hmm...interesting stone on the right - and could that possibly be another
ophiomorphic or snake-like boulder on the left?
How about looking from another angle? 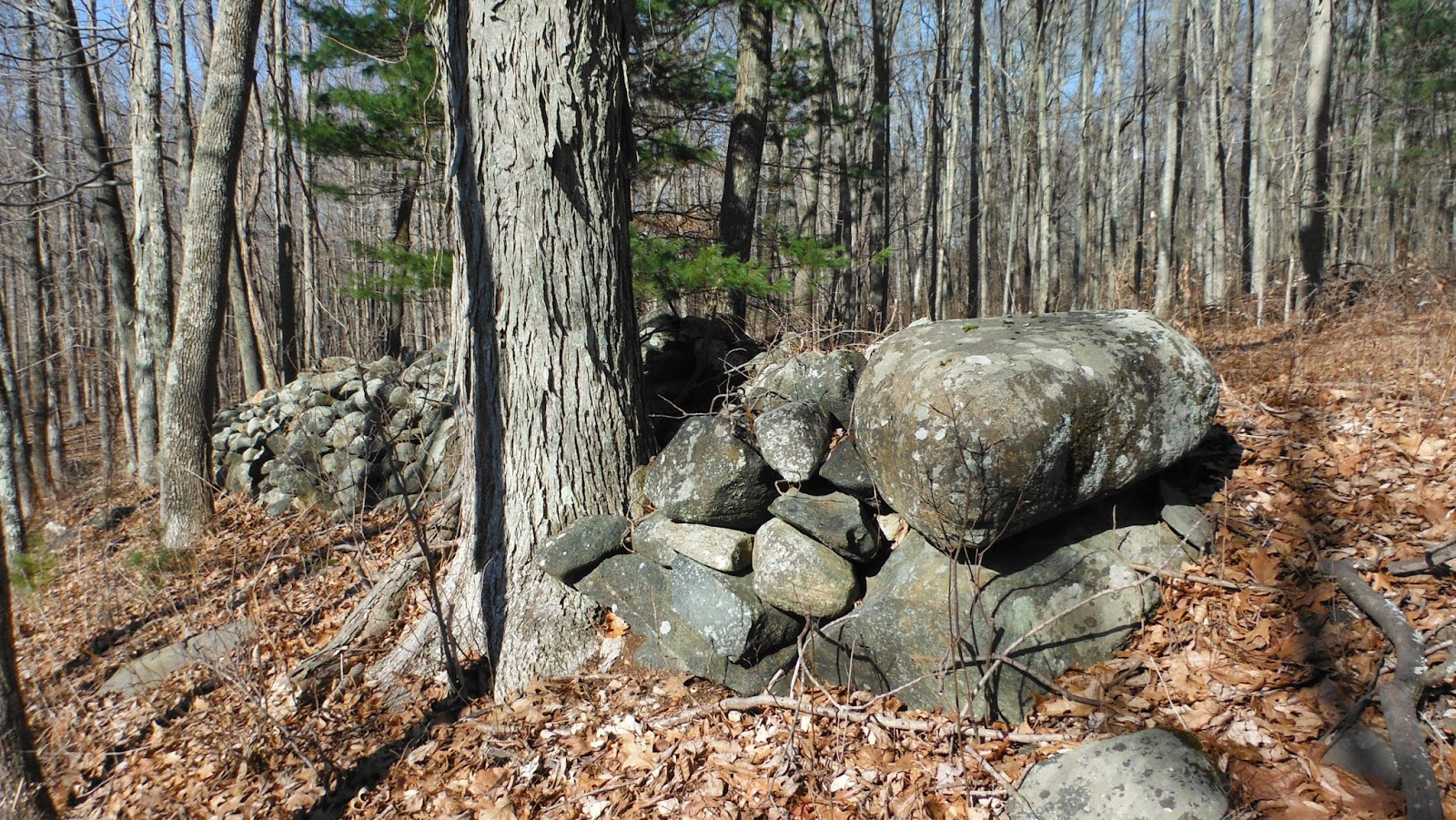 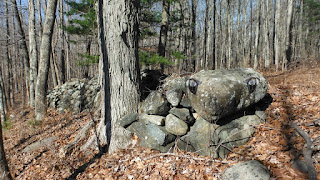 And a minute after that: 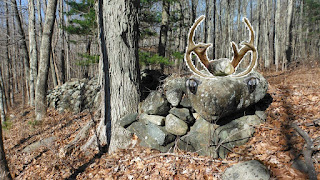 I almost said, "What a coincidence," but I believe three similarities is a conspiracy...
Just a bit up the road, the "stone wall" takes a right turn, where it becomes one stone wall along yet another one of those "old cart paths" or "cow paths" that you read about in stone wall books and such: 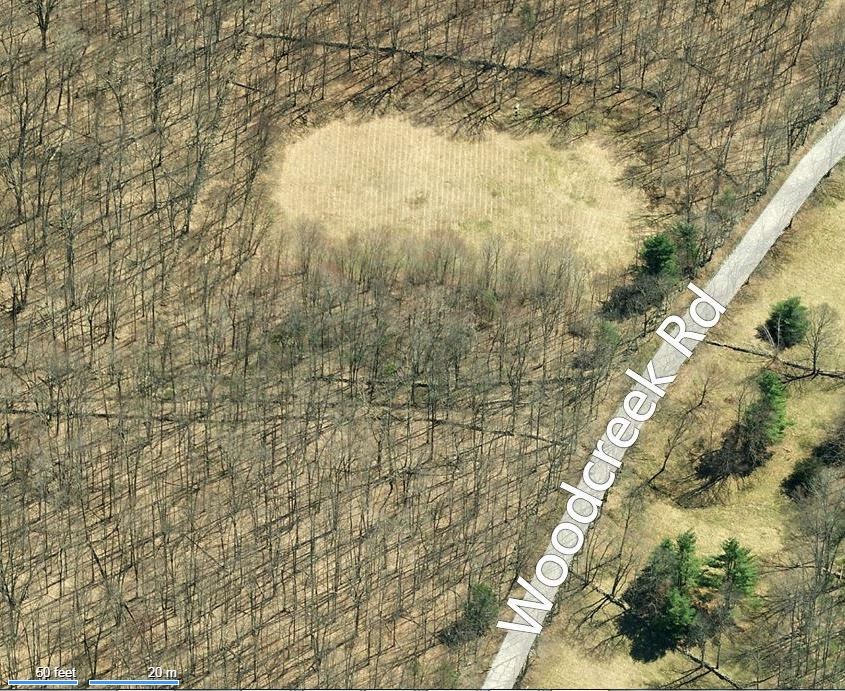 (Above: Bing Image, east at top, http://binged.it/15LSU9M )
While the first "stone wall" kinda bends in a curve (above the letter 'k'), the other side of the trail is a nice right angle (at the 'r'), a couple interesting boulders included in the construction: 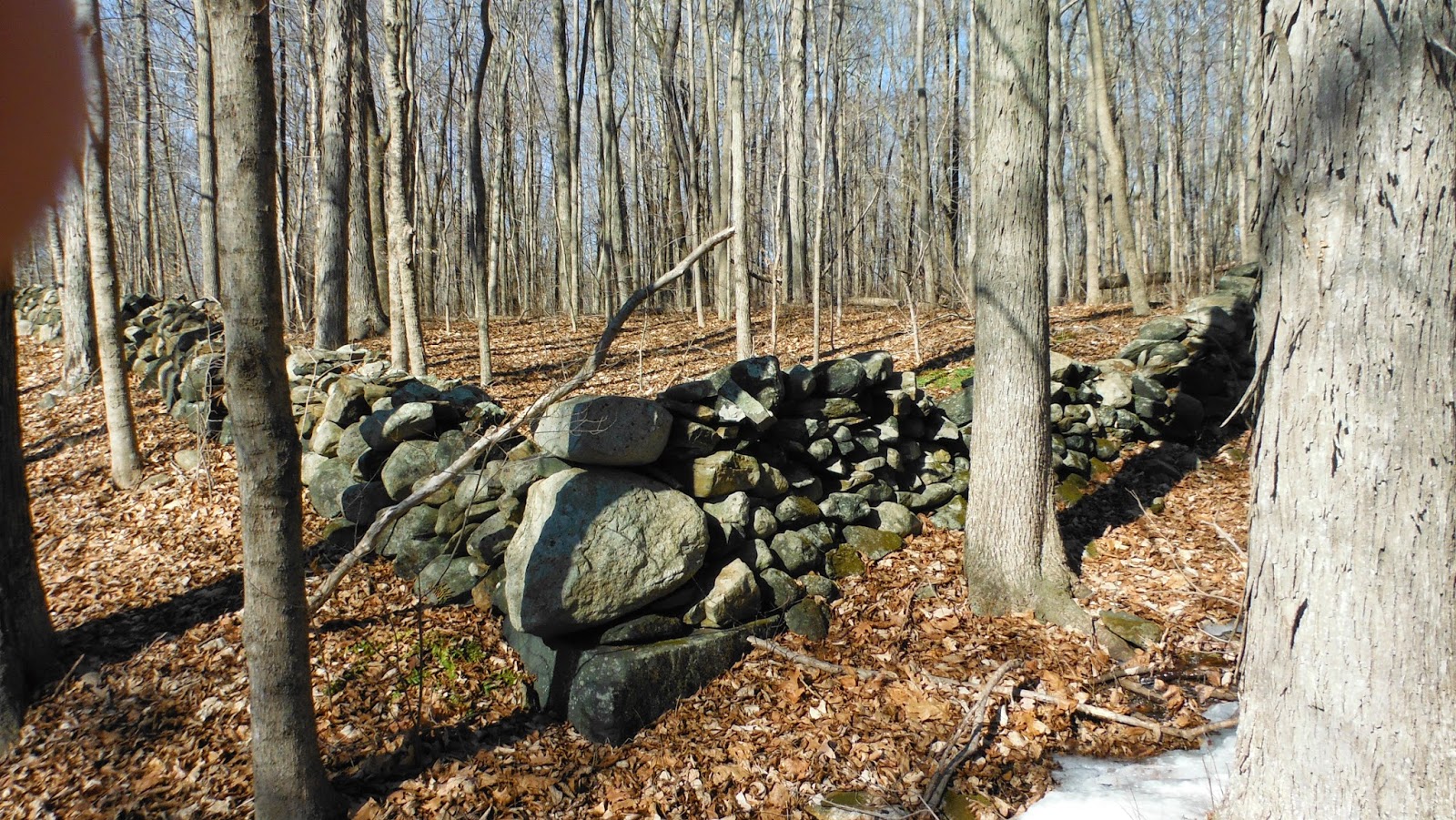 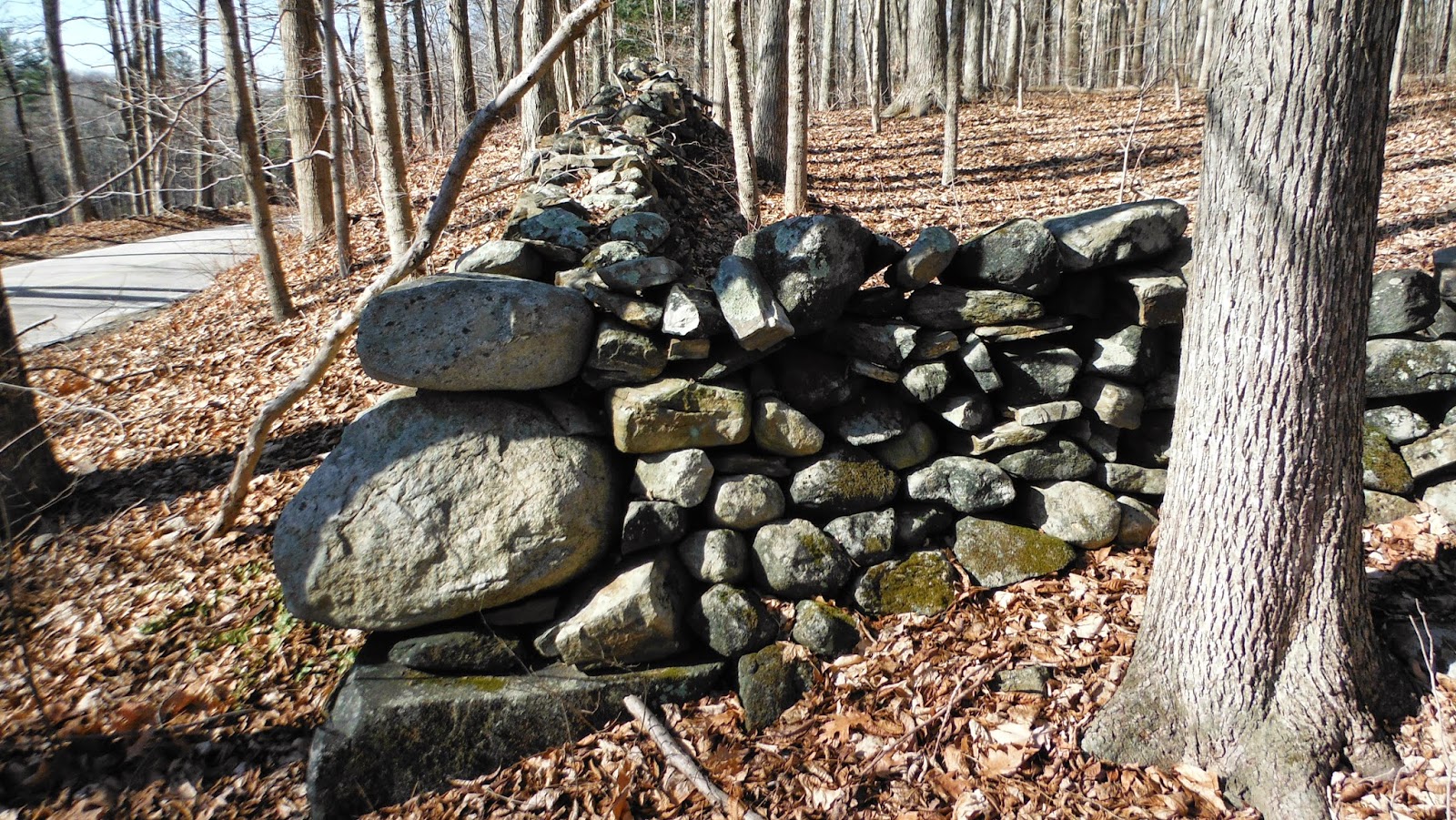 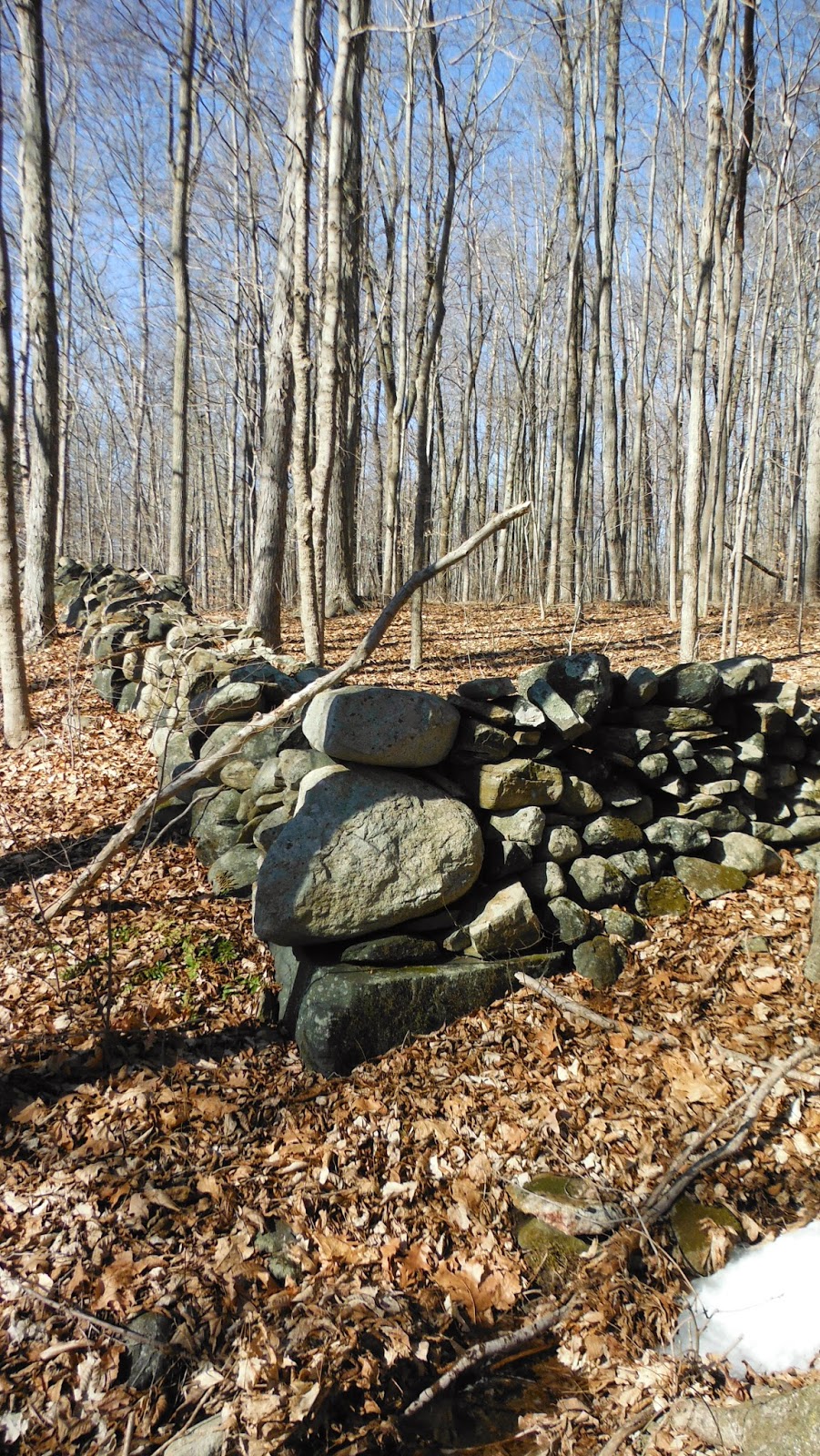 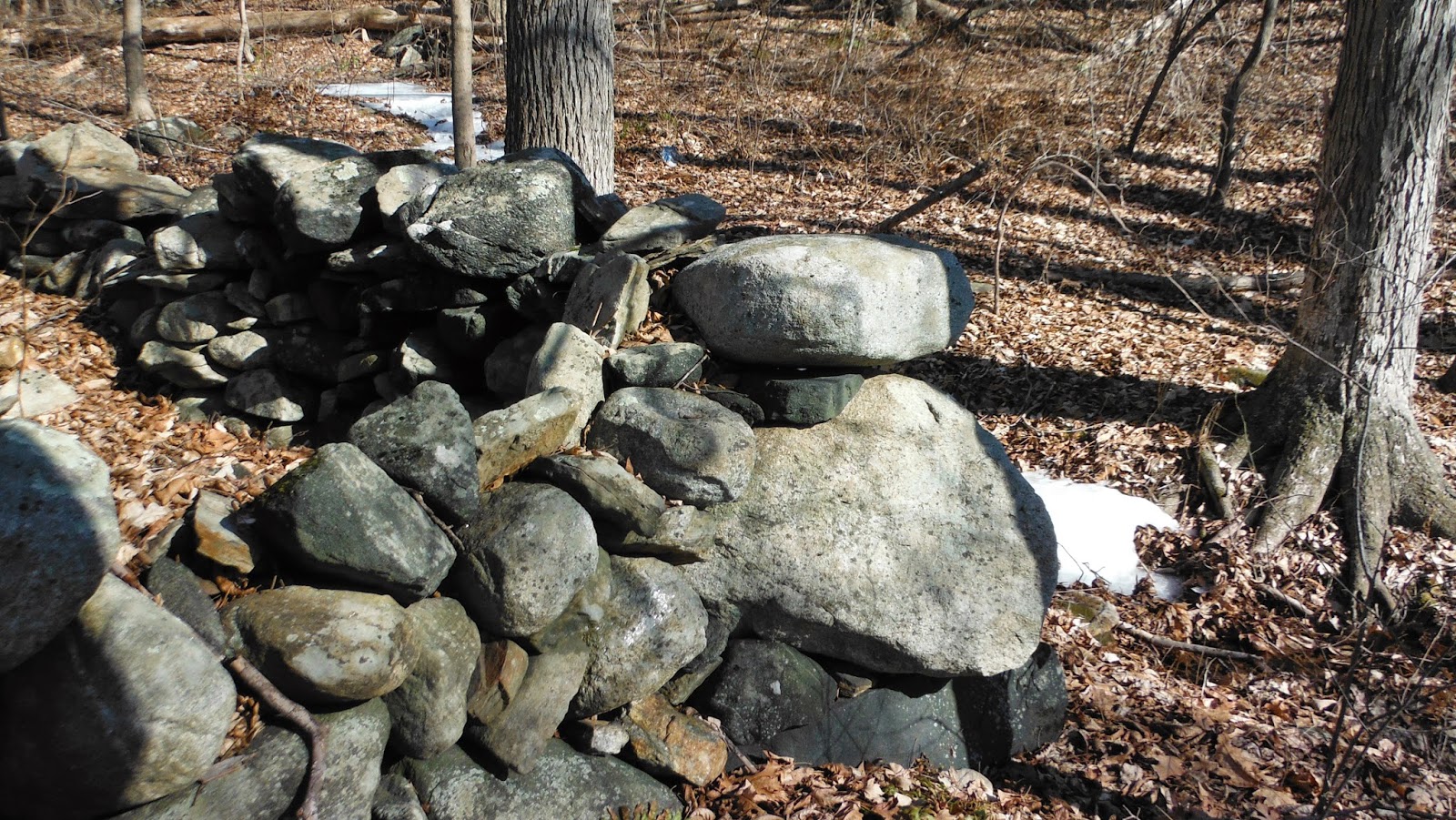 Now there are some Yurok ethnologies in which Indigenous People are interviewed, some of whom mention paths as animate or living things, - and that offerings are to be made at certain resting places in mortar like but unpolished "Stone Baskets" or "Luck Basins."
That cobble to the left of the big corner boulder appears to have a depression on top of it. And somebody at some time placed that cobble "just so," possibly because it would be a good spot to place a clam shell full of tobacco on it, possibly just as those Yurok (Algonquin speaking) People in Northern California might have done along a trail... 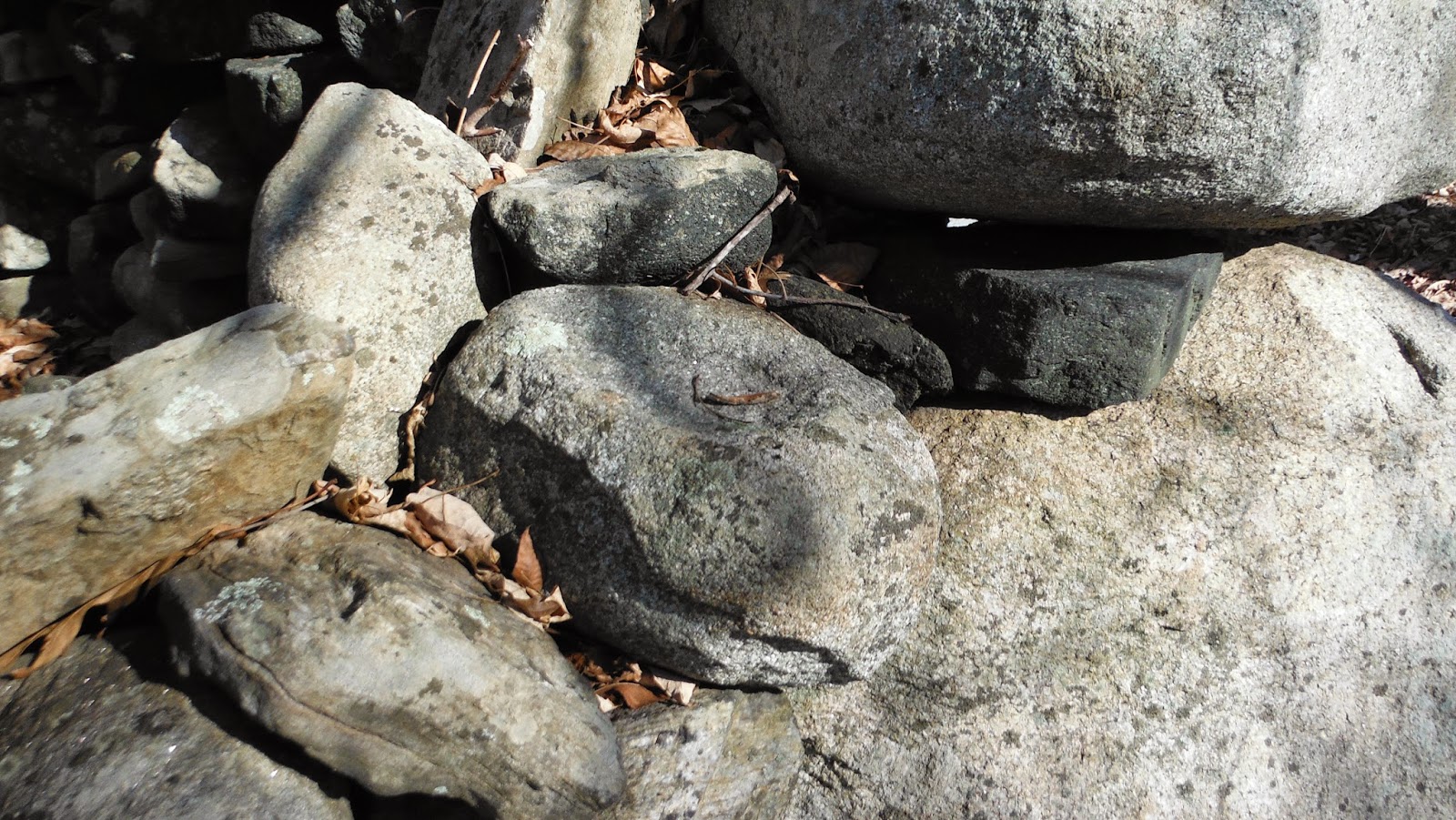 Posted by Tim MacSweeney at 2:34 PM