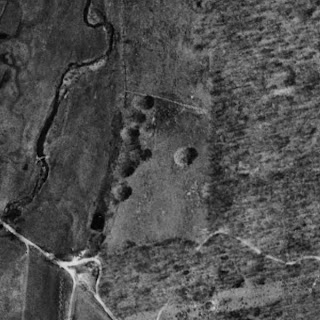 This is a bit of Land Trust property now called "The Pines," or something like that, captured by aerial photography in 1934 before the Pines were planted. It's 7 acres or so of a hillside terrace above the flood plain. Three sides of it are bordered by Native American built stone rows. A Zigzag Stone Row borders the lower western edge of the property and in the riparian zone are several placed boulders. A small circular stone worked spring is incorporated into this row.. The Norther Border of the Pines is a "musical stonewall" under which a small brooklet flows, perhaps intentionally. This row and the southern border row show similar cultural construction artistry in their details. I have spotted some "cobbles on boulders" on the lower slope in the past and have posted them (somewhere). 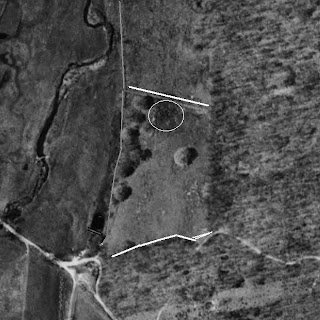 On June 16, 2011 I walked through The Pines and noticed some probable Indian Stonework that I had missed before. In the photo above the stone rows are marked and the circle is where the June 16th photos were taken. I had entered from the SW corner and was actually following "the suggestion of stones" both on the ground and, looking again at this photo, on this detail of the frame.

I was looking for "beaks" on stones, especially those that might be chipped, pecked or polished into them - and perhaps naturally occurring marks like that but "Placed So that It Looks Like a Beak."  If you don't look for something, you won't find it. Usually. 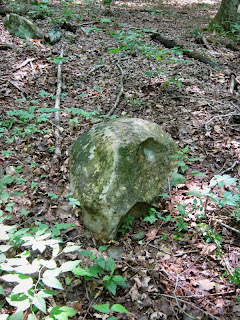 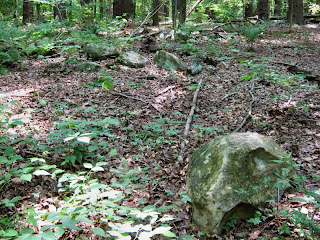 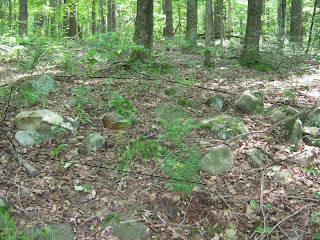 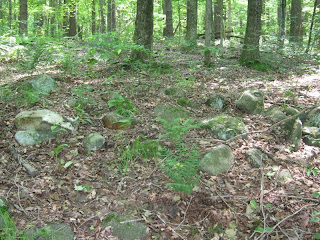 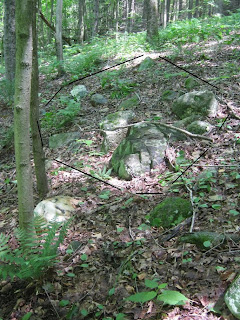 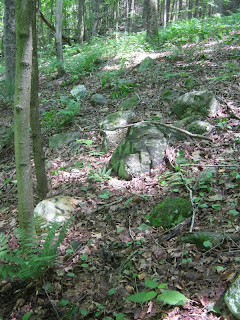 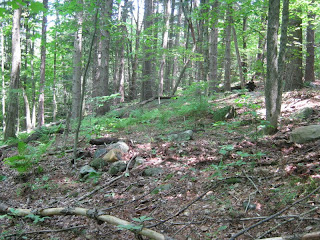 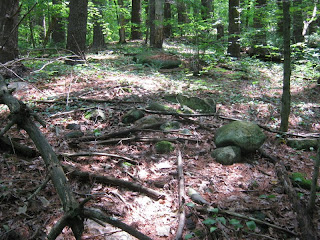 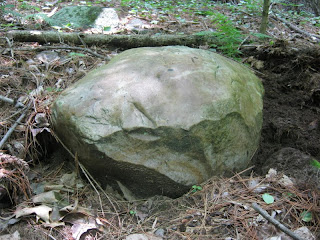