Another Found Turtle Head (or 2) 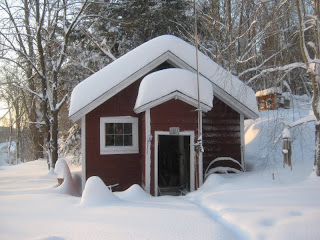 We have an out building that we call "The Cabin." It's a little two room building, present in the 1934 aerial photos at: http://cslib.cdmhost.com/custom/State_Index.php, built using wire nails and demensional lumber. It is sheathed with milled tongue and groove yellow pine boards and cedar shakes. I believe it to have been built during the Buell Baby Farm Era of my house's long history, when the Stae of CT placed orphans of the Great Depression here with a Mrs. Buell. Each room has a cold water supply pipe of those times and a lead drain pipe as well, a wooden floor in one room, a cement slab poured over the original dirt floor in the other, perhaps because the was once a brick chimney for a wood stove in that room. That cement slab is cracked and broken under where the stove was placed. I've lately been cleaning up that building and found an interesting stone in that spot. In the photo above you can see the old chicken coop, the closest available piles of stones alongside the remains of several connecting ancient stone rows, some of it zigzag. 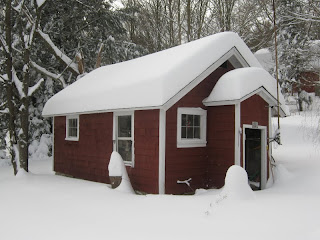 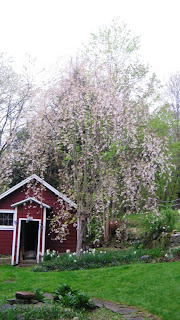 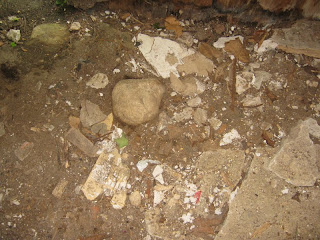 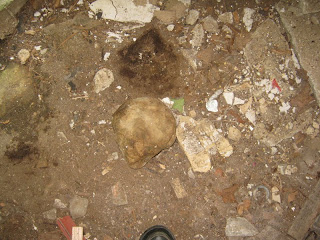 Held just right, I though I detected a sort of turtle beak suggestion: 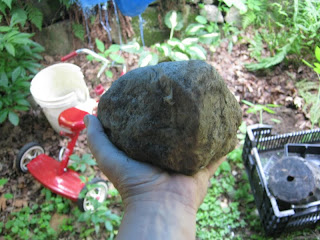 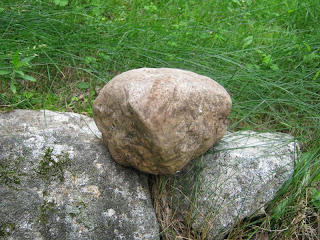 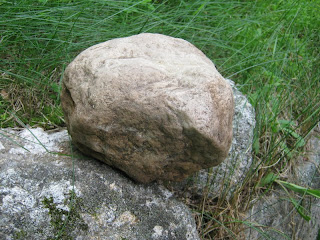 Since I already had two other found turtle beaked head stones, I though I'd store this one with it here at Happiness Farm Cultural Center along a zigzag stone row by this "point" stone where, after transplanting the myrtle, the feet were found in situ. The head stone used to complete the petroform was found on the pavement of the highway just below another zigzag row, just below a petroform box turtle. 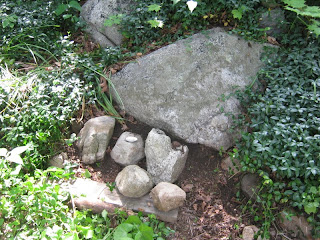 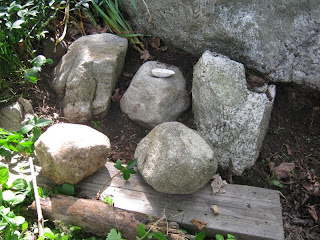 (Note the distinct toes and then open this recent PW photo in another window: http://1.bp.blogspot.com/-2H0o8zEk_Dc/TfkdPNRp9YI/AAAAAAAALso/WBZGAisY6cY/s1600/HoundMeadowHill%2B031.JPG) 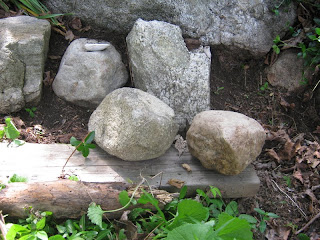 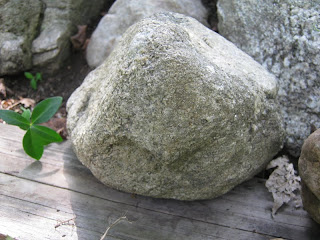 The photo below was taken earlier the same day because it so resembles the one above found under the old quince bush with some other stones... 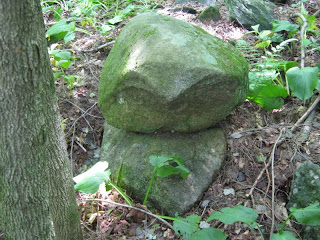 A few days ago, I had photographed a stone in a massive row  above a row that bordered a swampy area, just below another row at the top of a steep incline because I thought I saw a possible beak on a head stone - as well as a carapce witha a suggested marginal scute (to boot) and a right foreleg. 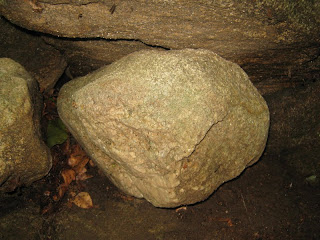 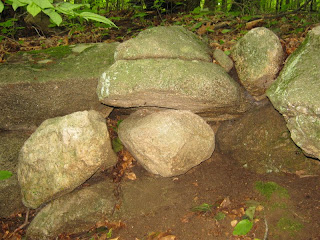 Then again, could that be a mound of mud brought up by a beaver, spreading to become Turtle Island on top of that carapace stone? If he's pointing to treasure, it's either the Nonnewaug River or the floodplain field now planted with "Uncle ____'s Christmas Trees..."
I'd had these beaks in my mind alot since this post and horribly disfiguring Larry Harrop's beautiful photo: 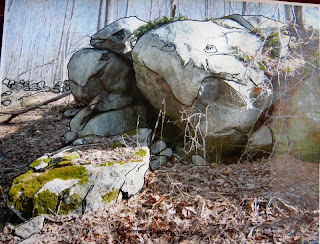 http://wakinguponturtleisland.blogspot.com/2011/05/more-turtle-visions-inspired-from.html
It's cool this morning, so the project in the sun is my front steps, the stone retaing wall built about 1850, using the dismantled central chimney of the house. These stones show signs of being worked by tools available around 1700 - 1850... 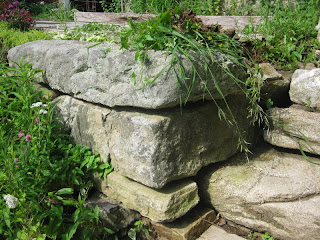 Another possible beak, partially hidden by the cement? 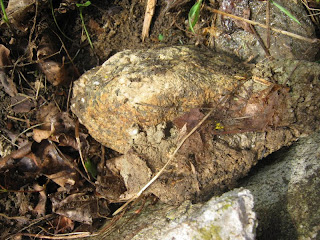 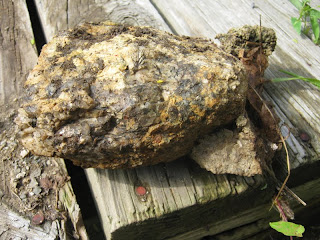 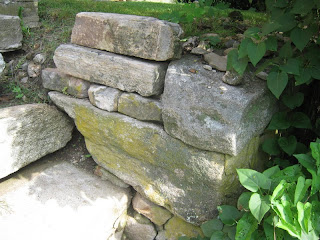 And from the debris of the 1969 cement steps that capped the 1850's work on the other side, there is a stone (I almost wrote shell) that I've been meaning to photograph: 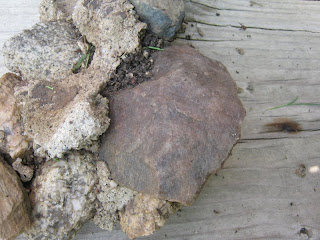 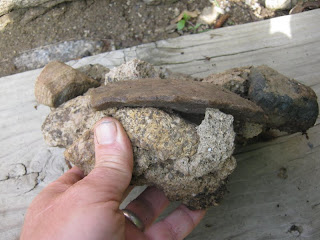 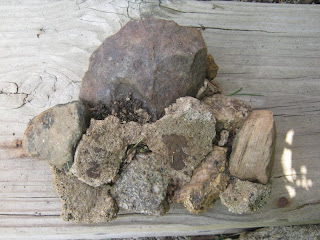 I t reminds me of something...
Posted by Tim MacSweeney at 9:56 AM