By the Old Hunting Caves

And then just recently went back into an area now CT State Forest, once called "The Old Hunting Caves."
I found I wrote: “My intention was to photograph some rock piles and a stone worked spring below them, about 200 feet from the True Leatherman's Cave, but it was muddy and I wouldn't have enough time.”

(An old circa - 1950 map shows the terrain, and by coincidence in the area defined by those black lines, at the Brook and 650 ft. end, so I may not actually be on State Forest, but a chunk of private land, after all.)


Anyway, I had some time just the other day to go back and take some snow free photos: 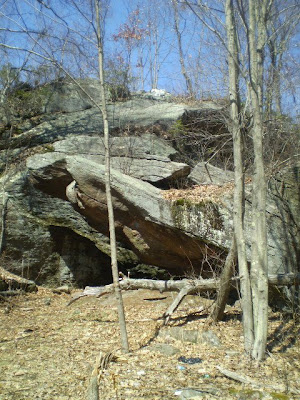 Note the large piece of quartz directly above the cave entrance; it's part of the out crop...

This one is taken from above, looking back down to where I was standing, the quartz at my feet... 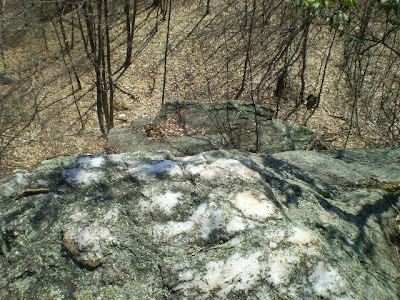 This might be "Mantoe's House Rock," or "Mantoe's Rock House," I wrote about on Tuesday, April 03, 2007, that for some reason I can't just paste in here.
(I might later edit this!) 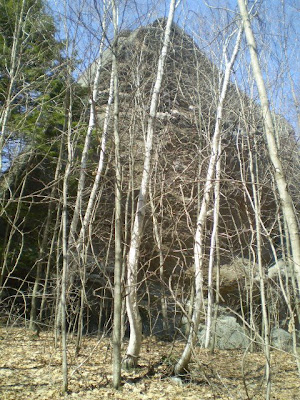 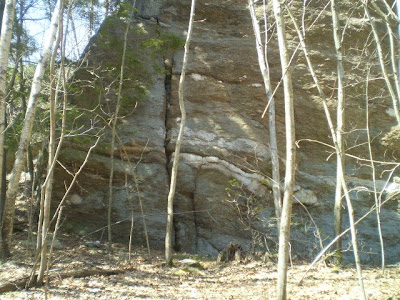 It has lots of quartz veins and what ever it is that you call other pieces of quartz sticking out of it.

I took this because I imagined I could see a face with two spots of quartz for eyes and some veins of the same that seemed to be lips, like it was a spirit mask kind of thing...
This one always reminded me of a turtle shell and a head pointing to the left (the west, really; 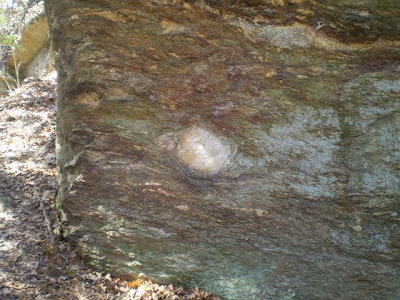 There's a remnantof a stone row below the Rock, just touching the stream that flows down the valley: 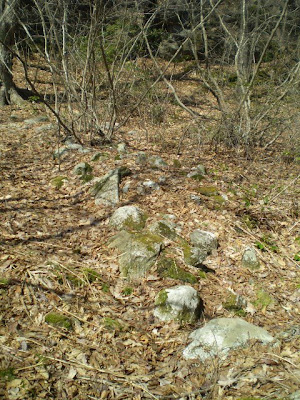 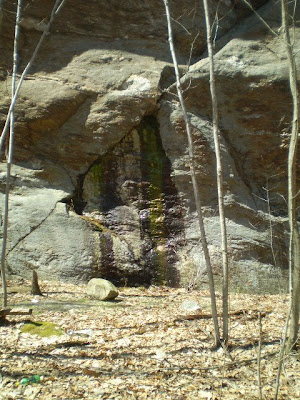 Water flows from the House Rock (or Rock House); In all the years I've walked to the Rock, I don't remember it ever being completely dry.

The cracks form that "Manitou" (or perhaps, in the local dialect, the "Montoe?") sort of shape...
And in between the two outcrops that are the Cave and the Rock, there is this stone, with that similar shape: 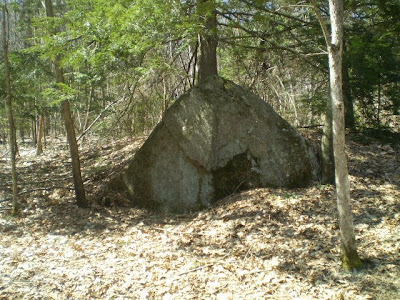 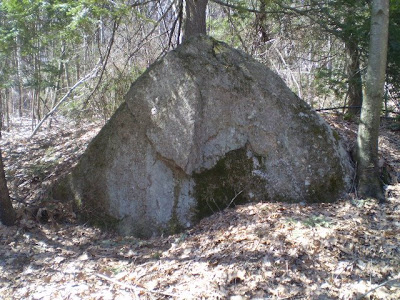 I'm stopping here for now and will continue this in the near future...
Posted by Tim MacSweeney at 7:59 AM