Driving By Yet Another Dam (Stone Construction)

I’m not sure if this (damn' dam-like stone construction) was actually originally a dam. I’ve driven by it more times than I can remember but I recently stopped on my way from somewhere to somewhere else, apparently to take a series of mostly unfocused photos. I know it reminds me of other local stonework that is definitely not composed of obviously quarried blocks of stone. 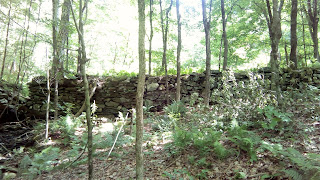 And I’m not sure if it’s a sort of causeway as well since at least this segment seems sort of wide, sort of earth filled sort of: 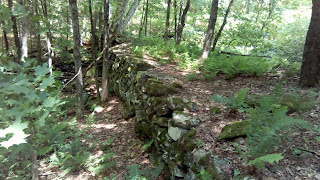 If there was a sort of culvert-like outlet here where it’s breached, I’ll never probably know unless an older image of it exists somewhere, perhaps at the Watertown Historical Society or something: 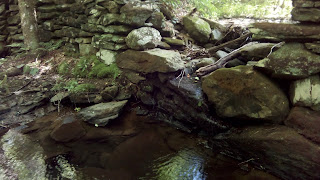 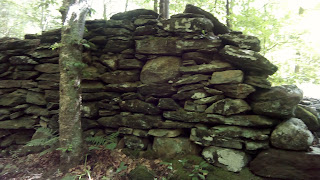 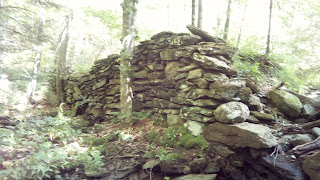 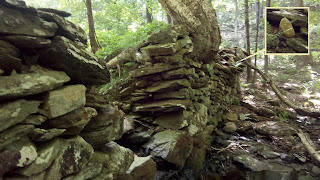 I don’t know what to think about this stone: 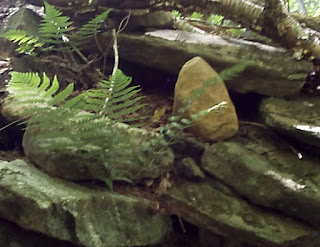 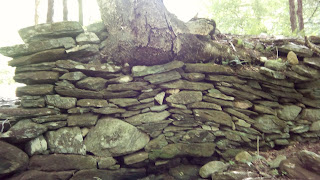 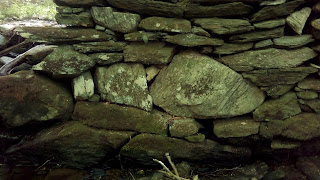 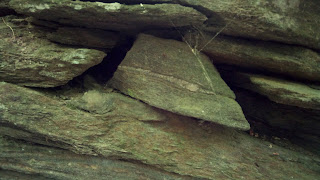 Another couple that seem to have the suggestion of eyes: 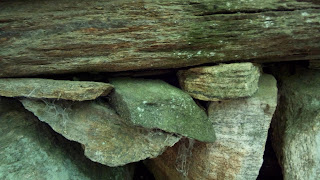 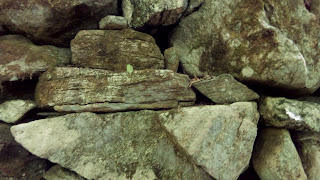 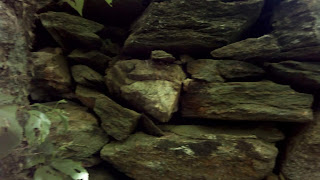 ...but sort of interesting.
Reminds me of this place, a culvert-like opening more or less intact, maybe ten miles away to the north and west, connected by the same blue-blazed trail: 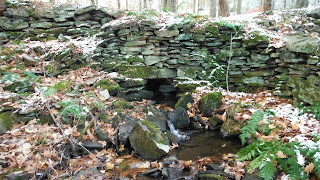 That same mix of assorted sizes of stones, the same wavy courses of stones...

Apparently another place where big birches tend to be out of focus, clinging to these stone structures: 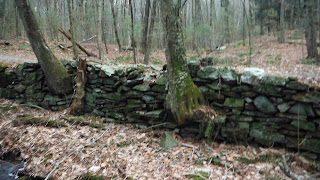 And I'll add this:

Our oldest wagon roads frequently lay atop Native American trails.
"Just a week or so ago (in Dec. 2015) a friend of the Trading Path Association called to say he thought he'd seen some old, old bridge abutments near his home.  We went for a walk in the woods and, sure enough, he'd found a bridge abutment and it was very old.  [A bit more on dating hypotheses below]  Then we followed the old road course over a little hogback, and down at the bottom of the hogback, on another little creek was another very old bridge.

Near by the old roadbed we spotted what appeared to be a "trail tree", a tree intentionally distorted by being tied down while young.  They frequently have a limb growing out of their upper curve which, so it is said, point the direction of a turn in the trail.  When I became agitated about the tree my host said, "Oh, hey, I have two more of them on my land."