There are three similarly sized and shaped stones set diagonally in this stone wall remnant above.


Each has an inclusion of stone in quite a similar location on all three that could be said to resemble an eye on, perhaps on three stones meant to be seen as three snake heads in stone. 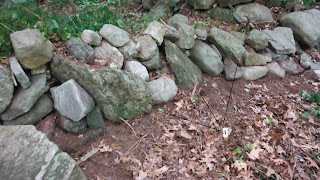 (And, yes there's a stone turtle (or terrapin) in that photo:) 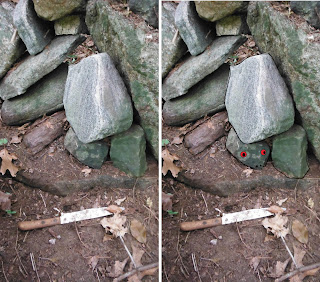 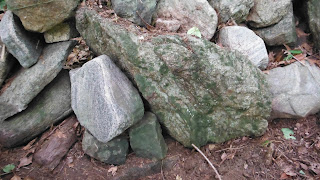 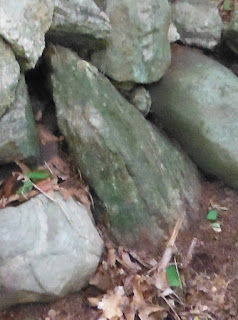 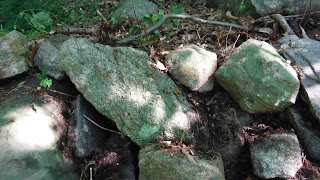 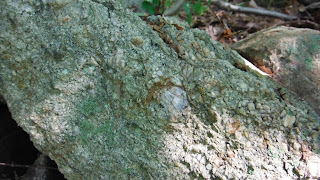 A sort of “twist” in stone, somewhat snake-like, that I can’t recall having seen before (I moved and then later replaced a stone to capture the image better). 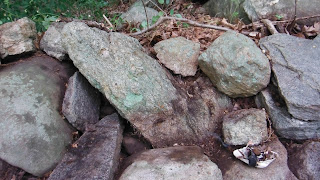 More snake imagery? The intersecting row of stones could be said to appear to be another bunch of snakes, one resting its head on that first remnant with another snake on top of that one as well... 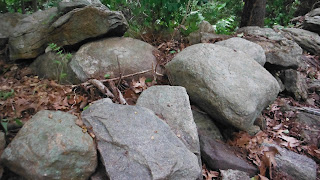 This has no inclusion that suggests an eye, but one may have been pecked into it. Just to the left of that (to the east), another stone with another (somewhat rhomboidal) eye-like inclusion: 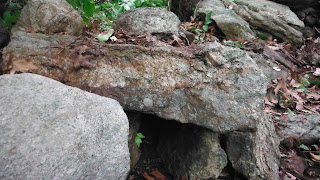 A tiny bit of this "3 Stone Snakes with Eyes" stone row shows up on bing maps while another view shows that intersecting row: 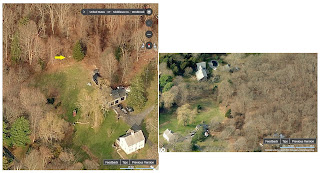 Posted by Tim MacSweeney at 9:40 AM