Or: The Ograbme that Grabbed Me

Well now, you see: I think one of the distinguishing characteristics of Indigenous Stonework sometimes involves stacking stones to resemble snakes - Eastern Timber Rattlesnakes especially - and Great Snakes or Big Snakes or Horned Serpents, Great Serpents and all the other ways the Indigenous word for this sometimes protective Spirit Being has been translated into English, found to be so widespread in the western hemisphere in many artistic forms.
I try to see the courses of stones in stone wall-like constructions as possible snakes. I was once very much surprised when I applied this to a familiar wall at home, observing the pattern in a retaining wall that I had previously assumed was a Colonial wall, built by Euro-American Settlers sometime around 1700:

But what is that?? 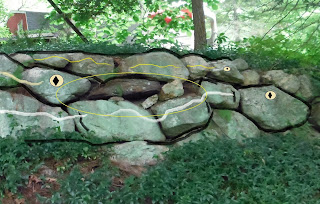 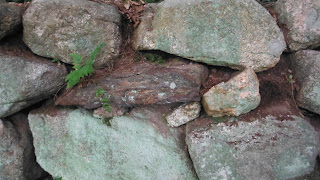 Since I have had more than one snapping turtle give me this exact sort of look,
I am reasonably sure that this is a Stone Snapping Turtle: 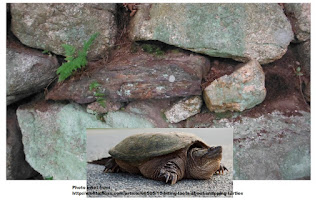 I stole (and cropped) this photo of a snapping turtle from
http://mentalfloss.com/article/68505/10-biting-facts-about-snapping-turtles 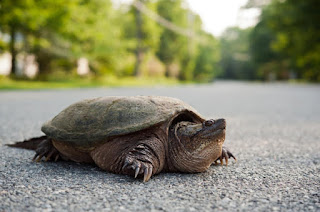 THANKS TO A 19TH CENTURY POLITICAL CARTOON, COMMON SNAPPING TURTLES ARE ALSO KNOWN AS "OGRABMES." 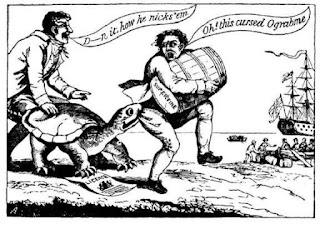 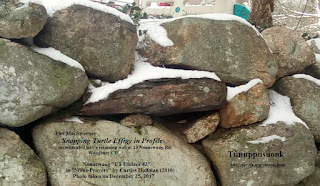 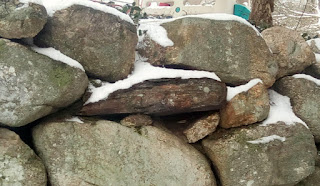 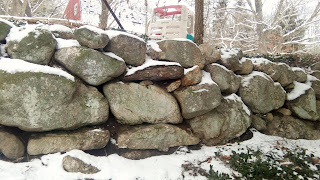 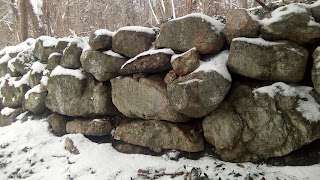 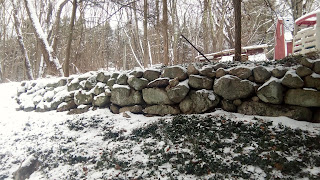