Another Row! or A Little Correction 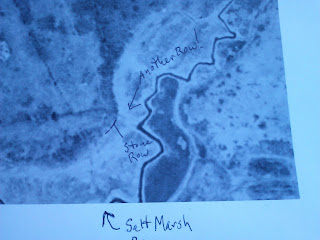 I guess you could easily critique my method of taking field notes and report them to the Authorities. There's a great number of violations you could find although I suppose that would involve actually writing them down first or taking a map (or even a compass) with me as I wander some open space lands or State Park (or trespass onto other people's property). Pictured above is actually the "map" I actually intended to take with me during my third visit to what may or may not actually be Signal Hill in Madison CT (where the trail is being officially opened as I write this), but actually is the "map" I recorded a second stone row extending into the Salt Marsh by Tom's Creek - and recorded in my photo's as "2nd Visit," when actually it was my 3rd visit...

My third visit to the spot involved taking the "Bob Cat Trail," the trail left by that little machine that I was pretty certain was borrowing stones from somewhere... 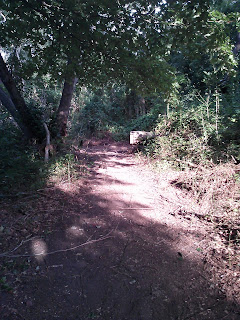 The hunch proved to be true (I had actually landed on this trail a week ago but needed to confirm this too); there were remnants of a row of stones running alongside the present CT Route 1, also known as the Boston Post Road... 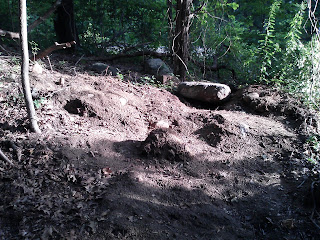 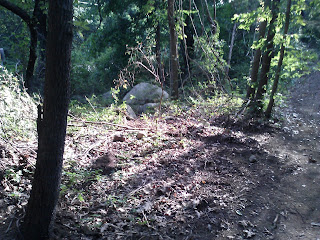 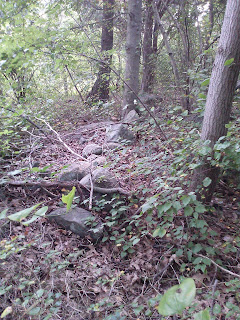 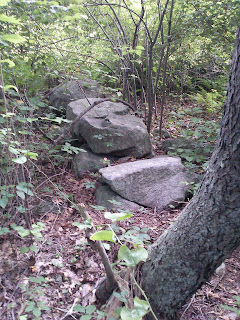 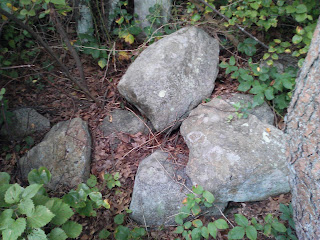 (I have no idea if these stones will still be there when I get the chance to return again...) 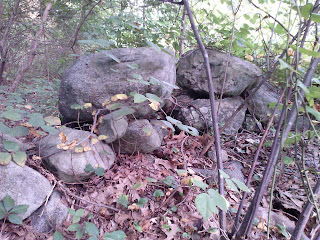 I even crossed the highway that early morning, right where the trail ends abruptly. I looked for a place to sneak into the brush and briers on the west side of the big chunk of bedrock drilled and blasted to widen the Post Road, but it was really dense. I got a glimpse of this from the roadside: 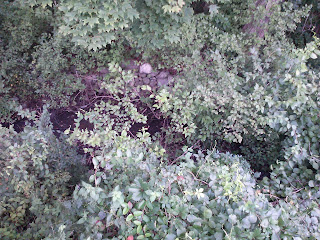 I climbed down into this gully to see what I could see: 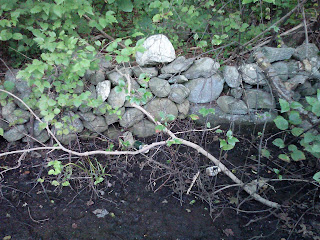 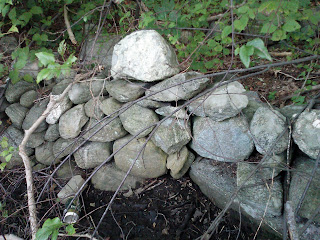 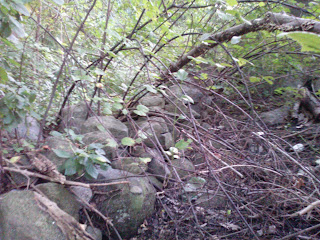 It turned out that what I could see was limited to a tiny section of stone row
and a huge amount of brush to get tangled up in... 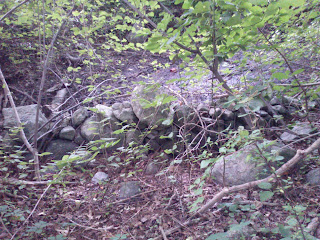 The second part of the visit was to pin point the location of that stone row that extended into the Salt Marsh. The 1934 aerial photography showed two possibilities and I wanted to be sure I was pointing out the correct stone row, mostly to my friend dc, trying to impress him (and possibly the one or two possible other readers of this blog) with my detective skills.
It turns out that there is actually a second row of stones, if a person actually looks for it, buried mostly under all kinds of vegetation that reminds me that one more reason Native Americans maintained the landscape they preferred and created was by burning to keep Stone Rows Extending into Salt Marshes free and clear of tangled brush and salt marsh hay (as well as for all the possible reasons a person or persons would want to get out into the salt marsh in the first place). 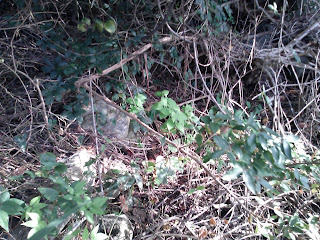 Above is the Stone Row extending into the Salt Marsh.
Below is the stone row that connects the two rows, perhaps in one sense a fire or fuel break. 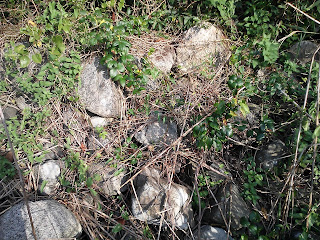 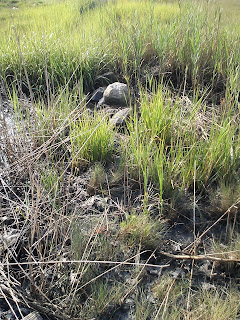 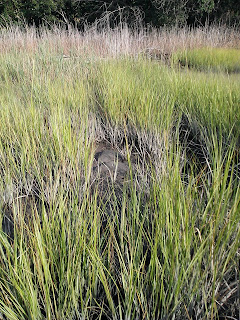 Looking sort of south toward the shore and the other Stone Row: 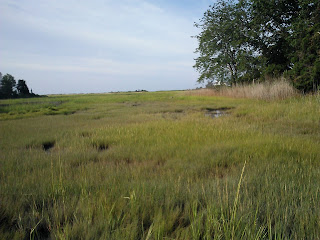 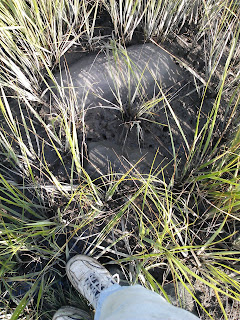 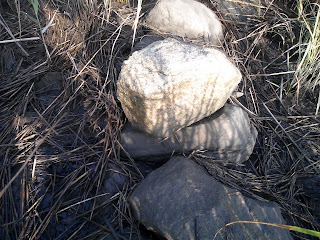 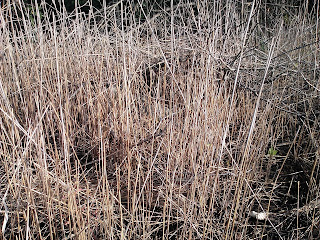 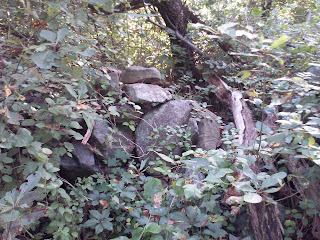 (Looks like a thunder storm is approaching Madison CT, just as the Grand Opening is happening. This may or may not be a coincidence, considering that the Sacred Landscape has been altered...)
Posted by Tim MacSweeney at 10:26 AM