This travel blog photo's source is TravelPod page: The arrival of Ginge-is Kahn
"... we were driving all day until late afternoon when we arrived at the site of the ancient capital of Karakorum built by Chinggis Kahns son, Ogedei. There is nothing much left of the city these days except some turtle shaped boundary stones and a phallic shaped monument..." 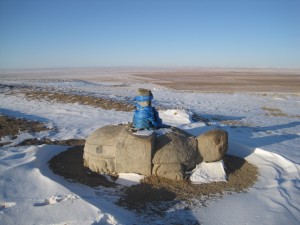 "The monastery was large in interesting, but there is little to be seen of the ancient city of Karakorum (as opposed to the town that has grown up on the spot) beyond a couple of stone turtles– two of the four that originally marked the boundaries of the town. One of them was located right next to a modern memorial to the empire Genghis Khan built: a handsome tile four-sided depiction of the extent of the Khan’s conquests..." 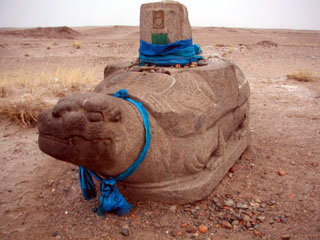 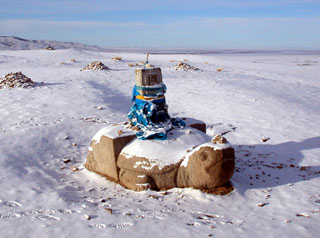 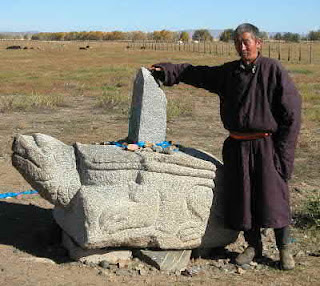 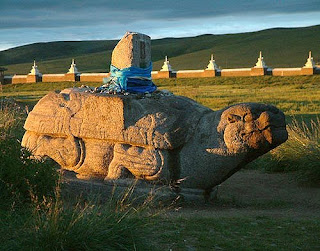 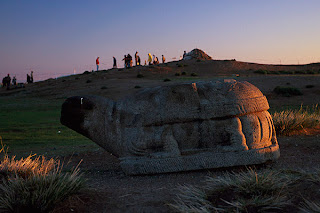 "EVERLASTING SENTINEL: In the area of ancient Karakorum, four granite tortoises each of which once bore an inscribed stela on its back can be found. Their age and origin are disputed, but one of them seems to guard the hillock covering the remains of the palace that was built by Ugedei, son of Genghis Khan. A team of Mongolian and German archaeologists are now excavating part of the palace." - Marc Steinmetz, 2002
http://www.marcsteinmetz.com/pages/karakorum/ekarakorum08.html
"After that we went over to a statue of a turtle made of soap stone weighing several tons. It was erected at the entrance to Kara Korum in the days of Chinggis Kahn and left behind when Kubla Kahn took the government to Beijing. Now it sits outside the walls of the Erdene Zuu Monastery." 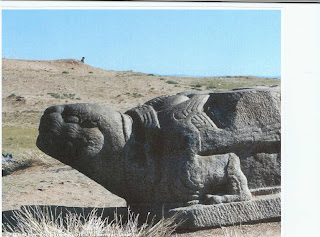 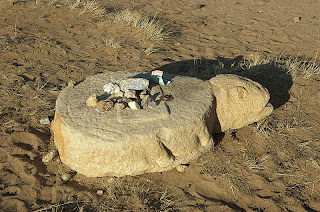 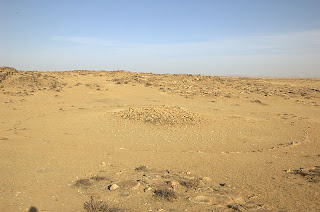 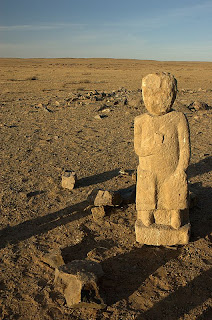 Many more interesting photos as well to be found at: http://www.cds.caltech.edu/~macmardg/Photos/Mongolia/index.html
Khara Khorum (again): 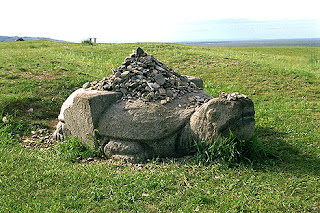 And then there's excellent photography here: http://www.elaineling.com/photo_gobi_stones.html
Posted by Tim MacSweeney at 10:28 AM